An important, and entertaining, documentary.
Rated 100% on Rotten Tomatoes

In the midst of the Egyptian Arab Spring, Bassem Youssef makes a decision that’s every mother’s worst nightmare… he leaves his job as a heart surgeon to become a full-time comedian.   Youssef’s unprecedented political satire program was watched by 30 million weekly viewers, 40% of the country’s population.   This is the story of a fearless man, with lessons for all of us dealing with a government that incrementally turns hostile to a critical press, freedom of speech and peaceful protest.

“A beautiful, funny, charming, insightful, laugh until your cry, and then cry until you laugh film.” – Huffington Post

“It reveals Egypt’s familiar Arab Spring experience through a lens, that of satiric comedy, which is very different from the way we usually see it.” – Kenneth Turan, Los Angeles Times

“There’s a lot to laugh at, and to learn from, in TICKLING GIANTS, a documentary that starts off by telling the story of one man and ends up speaking volumes about satire, freedom of expression and political pressure.” – Ken Jaworowski, New York Times

“The man now known as the Jon Stewart of Egypt has graced us with satirical humor that sends a loud and clear message against repression.” – Leba Hertz, San Francisco Chronicle 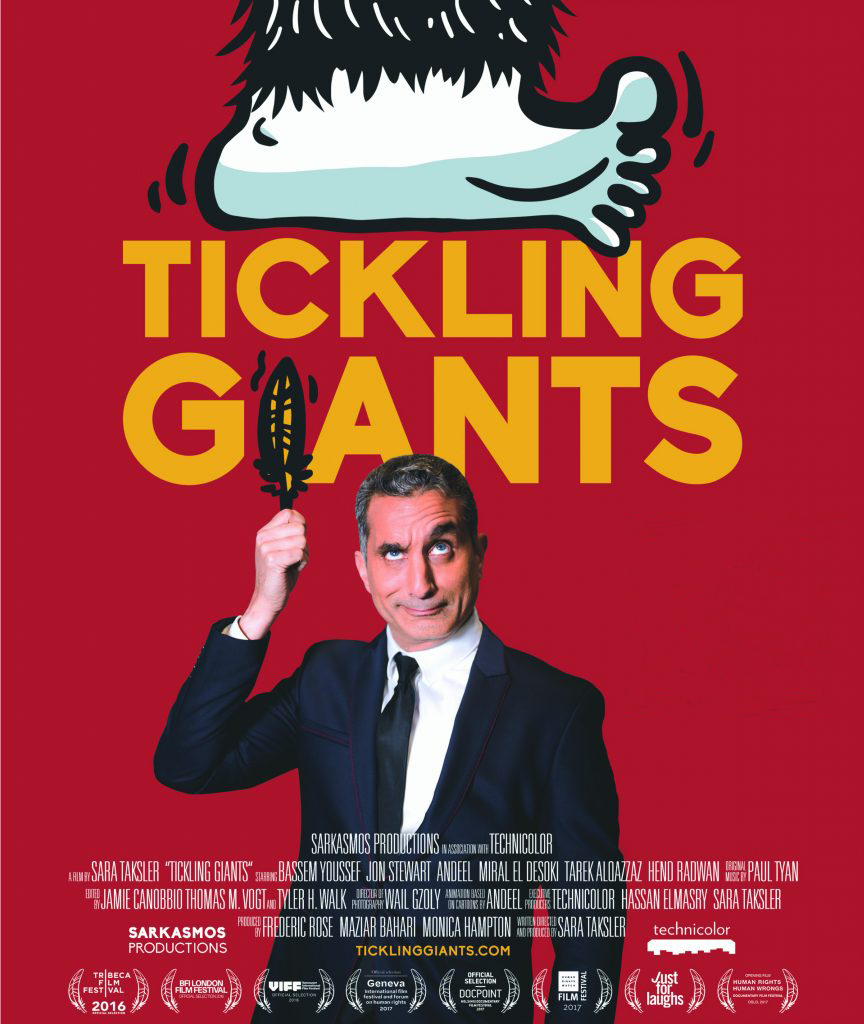