The South Bay Film Society was founded by Randy Berler in June 2012 (and became South Bay Film Society LLC in 2016) to bring the best of new foreign and independent films to the big screen in the South Bay.  We screen films at the AMC Rolling Hills theater in Torrance, shortly after (and sometimes before) they begin playing at art house theaters in west Los Angeles, Santa Monica, and Pasadena.  We sometimes hold discussions after screenings for those who are interested, and hope through these film events to foster connections and friendships between people in the South Bay interested in film and the arts.

For many years Randy hoped that a Laemmle theater would come to the South Bay.  He was tired of driving to west L.A. to see the films that interested him.

In the spring of 2012 Randy learned about a start-up online distributor called Tugg.com that was creating a new way to connect films with local communities by allowing anyone to organize an event for films in their library.  If enough people bought tickets, the screening would take place.  Although Tugg did not have the new films in their library that Randy was looking for, he decided to book Three Colors: Red, a film masterpiece from 1994, to make a case to theater managers that there was an audience for “art” films in the South Bay.

Although this first screening sold out all 200 seats, it became clear that the local theater managers in the South Bay were not involved in booking films.  The only way to bring many of the fine foreign/independent films that were playing the Laemmle or Landmark theaters to the South Bay would be by booking them ourselves.  Randy informed Tugg that he would no longer book older films from their library.  Tugg (whose board of directors includes Terrence Malick and Ben Affleck) agreed to negotiate with distributors to book the new foreign films Randy requested.  In July 2012, we screened Monsieur Lazhar and sold out two theater rooms for simultaneous shows.  Since then we have been showing about 3 films a month, typically selling out two or three theaters for each film. By early 2013 we no longer needed TUGG to manage events and since then have rented the theater rooms and films ourselves and sell tickets through our webpage.

Where We Go From Here

Our goal is to essentially create a community theater…our own art-house theater in the South Bay (even if we own no theater of our own). We look for films that both are entertaining and that challenge us to see the world in new ways. If you sign up for the announcement list on this web site, we will e-mail you information on upcoming events.  We depend on your help in sharing information with all your friends.  Thanks to all of you who are making this successful…we will keep bringing these films to the South Bay as long as we have your support. 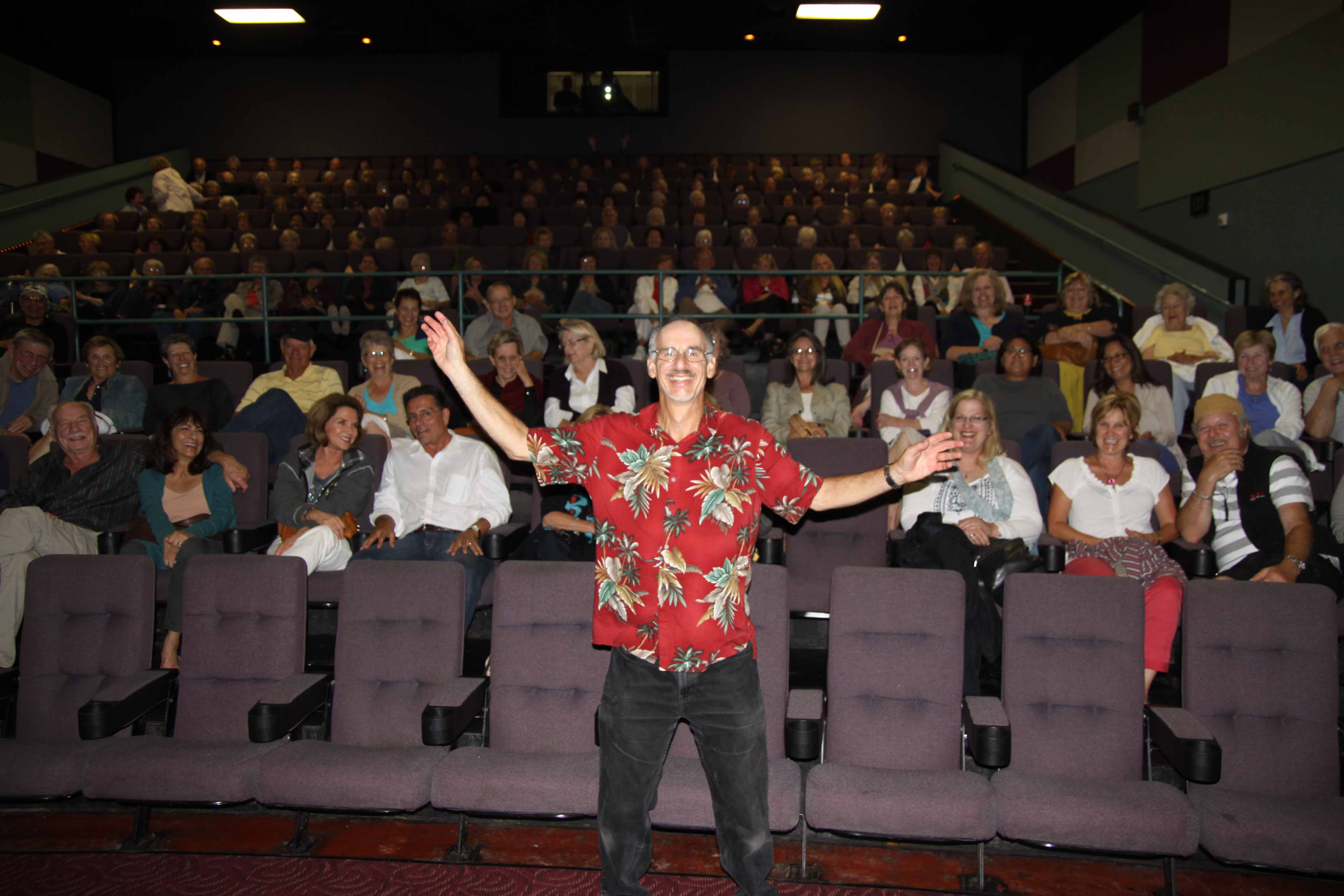