“…a beautifully intimate character study that argues in no uncertain terms that the African-American identity is far too complex to be reduced to the flimsy stereotypes so often presented on-screen.” – Peter Debruge, Variety

“So intimate you feel like you’re trespassing on its characters’ souls, so transcendent it’s made visual and emotional poetry out of intensely painful experience, it’s a film that manages to be both achingly familiar and unlike anything we’ve seen before.” – Kenneth Turan, Los Angeles Times

“If you think art should challenge us, then you will embrace writer-director Barry Jenkins’ exquisitely crafted drama MOONLIGHT.   It’s a true American masterpiece and one of the best films of the decade..” – Tirdad Derakhshani, Philadelphia Inquirer

“MOONLIGHT takes the pain of growing up and turns it into hardened scars and private caresses. This film is, without a doubt, the reason we go to the movies: to understand, to come closer, to ache — hopefully with another..” – Joshua Rothkopf, Time Out

Rated R, for some sexuality and language. 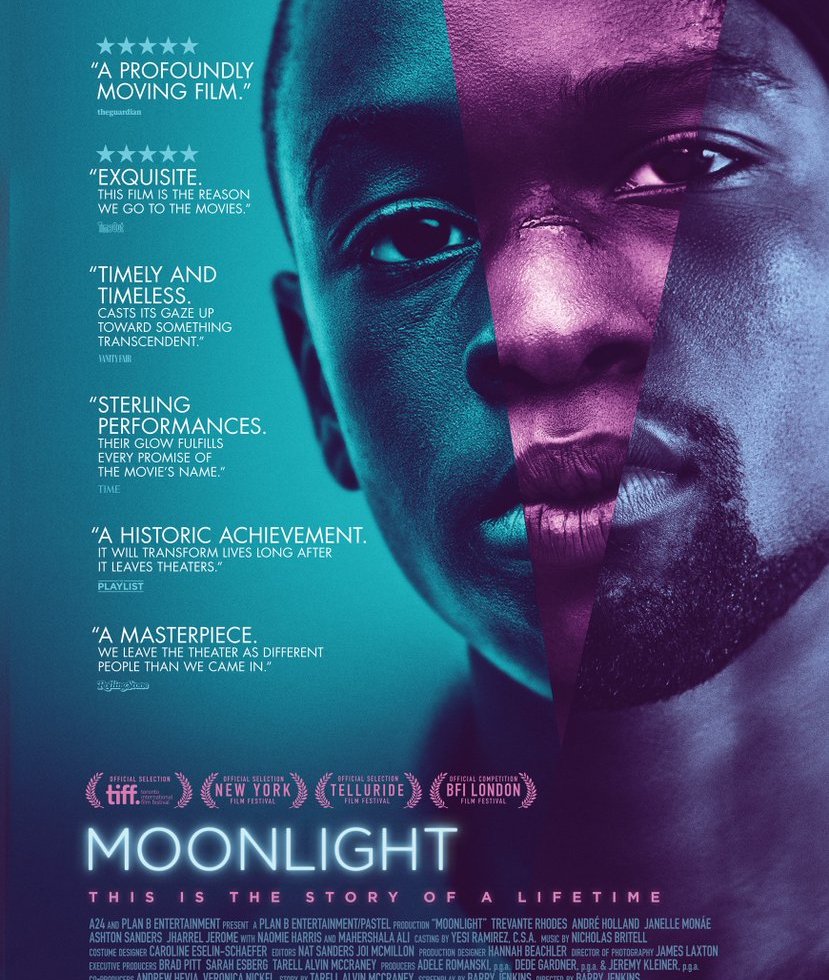