LET IT BE MORNING

LET IT BE MORNING is a satirical drama, with moments of comedy, about a Palestinian-born Israeli citizen living in Jerusalem who receives an invitation to his brother’s wedding forcing him to return to the Arab village in Israel where he grew up.  Written and directed by award-winning Israeli filmmaker Eran Kolirin (The Band’s Visit), and adapted from the international best-selling novel by Palestinian author Sayed Kashua, LET IT BE MORNING is a film about a state of siege, both internal and external – centered around a man who has built a wall around his heart, and how that inner wall starts coming apart when an actual, real wall goes up around his hometown.

“Like the writer-director’s prior hit, this is an elegantly crafted, low-key, deadpan, melancholy sort of comedy.” – Dennis Harvey, 48 Hills 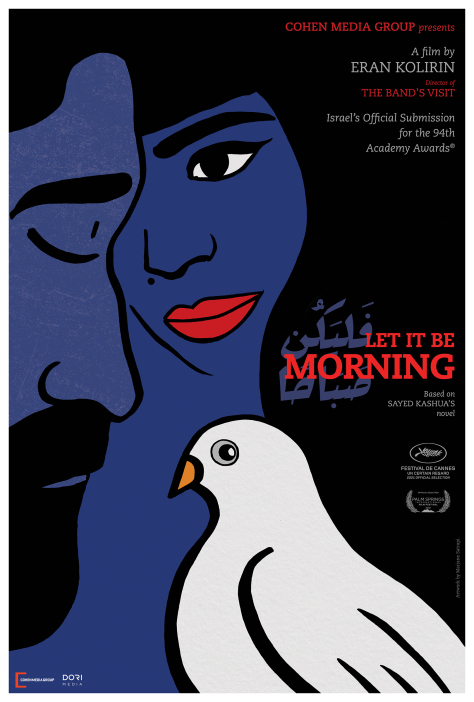