Representing Argentina at the Oscars for Best Foreign Language Film.

A satirical black comedy about a Nobel Prize winner in Literature who accepts an invitation to visit his hometown in Argentina.   Expect the unexpected when you have used real people as characters in your novels!

“In the hands of directing duo Mariano Cohn and Gaston Duprat this [Venice Film Festival] contender becomes something deeper, darker and more resonant than a droll tale of an ill-advised homecoming.   It touches on issues such as small-town conformism as a metaphor for national conformism, the difficult trade-off between artistic freedom and artistic responsibilities, and the way fame has become a value in itself, detached from merit – and is therefore as easily the object of contempt as admiration.” – Lee Marshall, Screen Daily

“A sophisticated and well-done farce, The Distinguished Citizen is lifted to another level by the wonderful Martinez, who excels as a man searching for a lost innocence that he comes to realize was never there.” – John Bleasdale Cine Vue 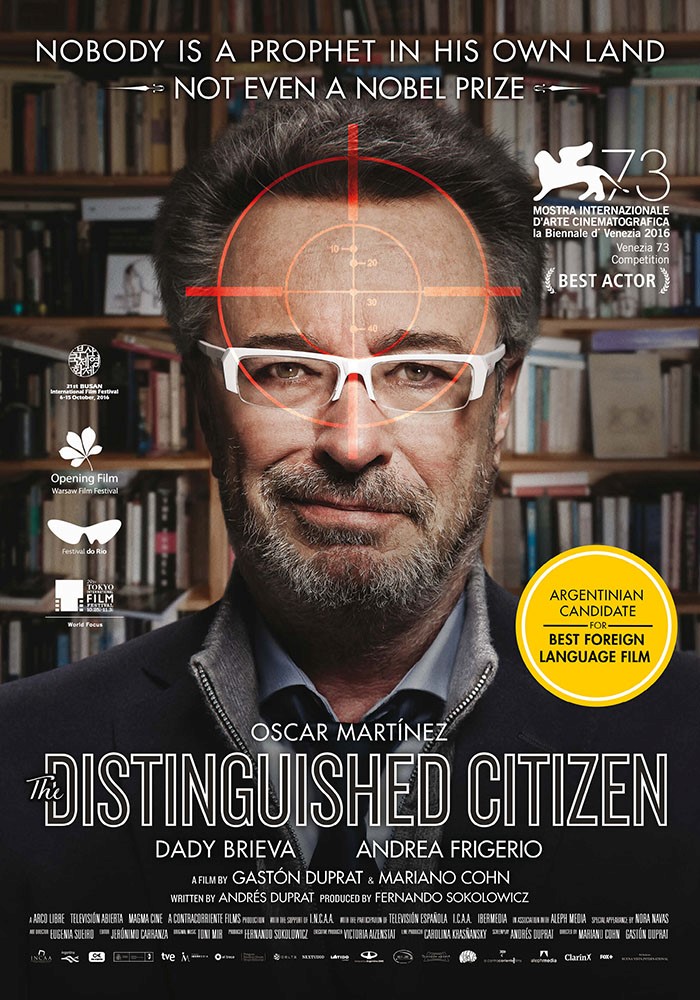