SOLD OUT.   Tickets for seating in the front 3 rows will be available at the door at 6:35 p.m.

Official selection of Germany for the 2019 Oscars

From the Academy Award-winning director of “The Lives Of Others”, NEVER LOOK AWAY is a sweeping romantic, historical and suspense-packed drama that follows thirty years in the life of Kurt Barnert (loosely based on Gerhard Richter, one of the 20th century’s most admired visual artists).   The film goes from Kurt’s childhood witnessing Nazi Germany, to post-war East Berlin, where he falls in love with a young woman (both unaware that her father is an ex-Nazi who committed horrendous crimes).   A gripping drama and moving family story about what it means to create art, and about the search for an artistic voice of one’s own.

“NEVER LOOK AWAY is nothing if not classical in its approach: It is stately and composed, clear-eyed and engrossing.” – Justin Chang, Los Angeles Times 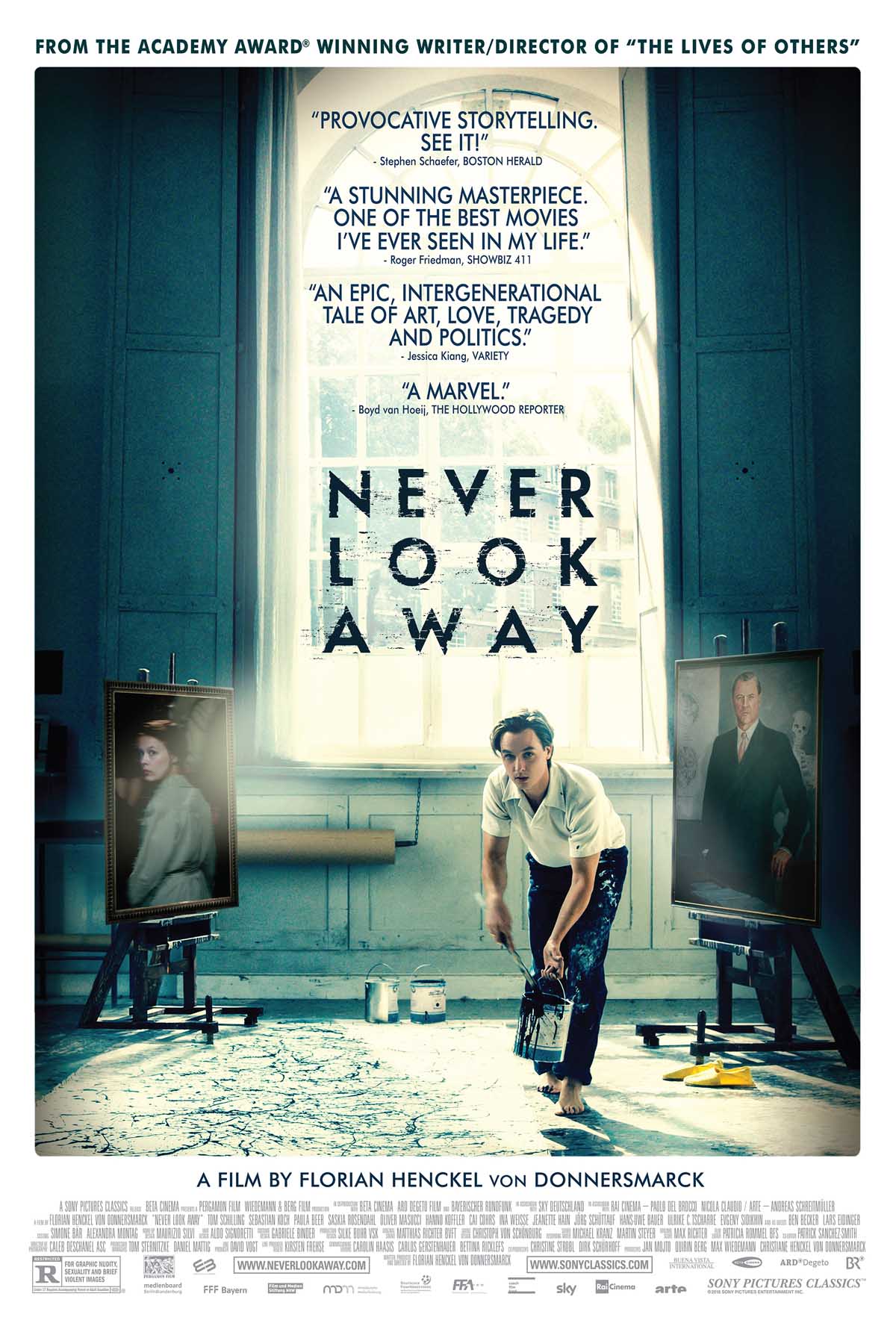