SOLD OUT.   Tickets for seating in the front 3 rows will be available at the door at 6:50 p.m.

On the 2019 Oscar shortlist for Best Foreign Language Film

From the Oscar-nominated team behind EMBRACE OF THE SERPENT comes an equally audacious saga centered on the Wayúu indigenous people.   A sprawling epic about the erosion of tradition in pursuit of material wealth, BIRDS OF PASSAGE is a visually striking exploration of loyalty, greed, and the voracious nature of change.

“A visually stunning and often surprising true story that charts the rise of the Colombian drug business back before Escobar from its unexpected roots, among an indigenous clan in way over their heads.” – Peter Debruge, Variety

“Like many a mob movie before it, BIRDS OF PASSAGE is predicated on the tension between family and business.   But more than that, it’s a fascinatingly layered study in dueling tribal codes, the ways in which the rules of organized crime clash and intersect with Wayuu rituals and beliefs.

The widescreen desert vistas are strikingly beautiful; the performances, even the live-wire ones, are superbly restrained.   The filmmakers…lend their characters enormous dramatic stature while maintaining a crucial emotional distance.   You feel for these fathers, mothers and children as they endure their mythic rise and fall, but the ruthless, eternal cycle of violence begetting violence leaves no room for sentimentality.” – Justin Chang, Los Angeles Times

“The performances are superb, and the exotic and atmospheric landscapes are as dazzling as the action that unfolds.   This film deserves to be announced as one of the top five films when the nominations come out.” – Gary Kramer, Salon

Note: This film is unrated, but should be rated R for violence. 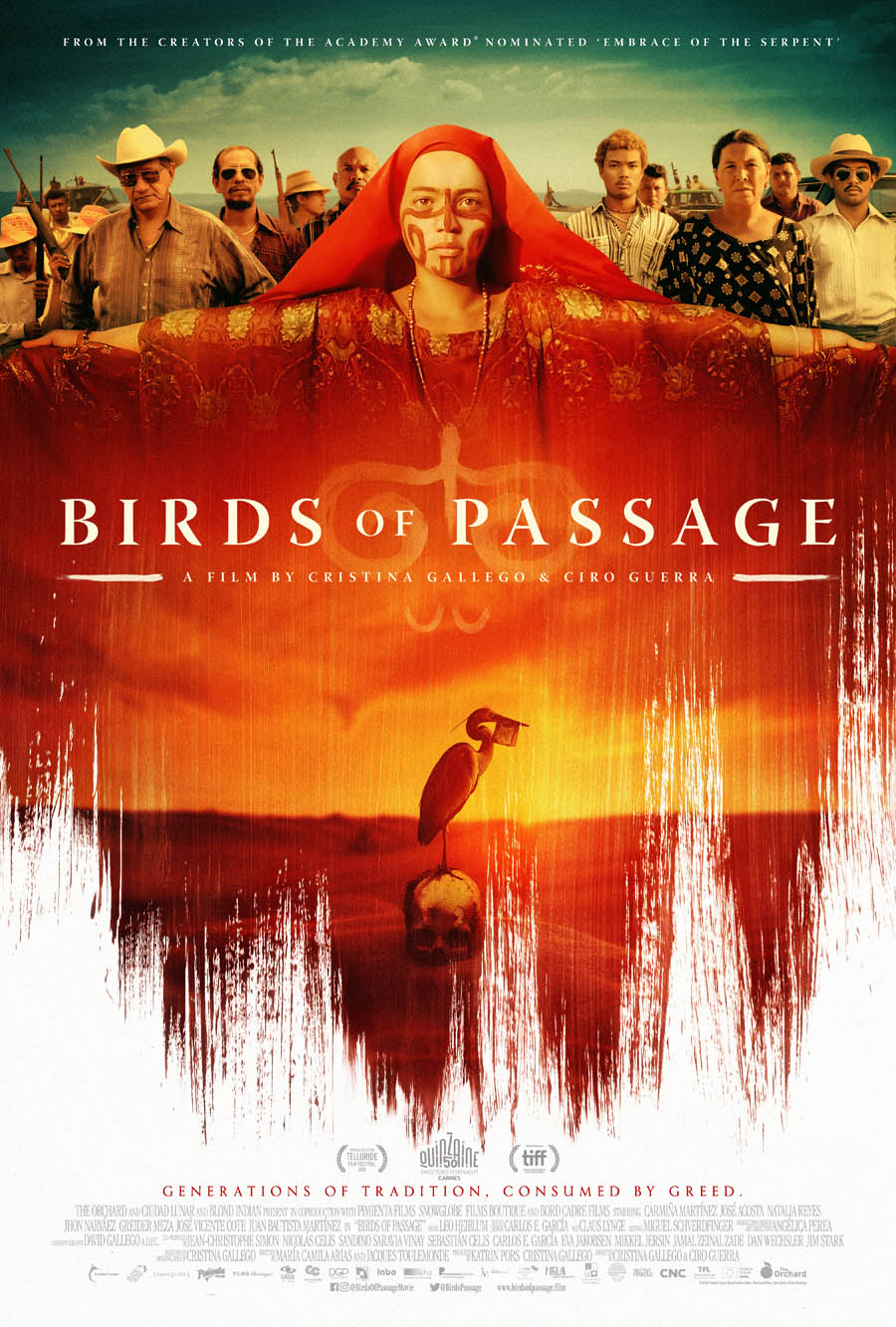