In Pakistan, creating a film that questions the ancient patriarchal structures and the way they hinder women’s ability to flourish as individuals was not seen as possible.  Director Afia Nathaniel, a Pakistani woman, is on a quest to end the cycle of torment that is brought upon women forced into a life of servitude and silence.  Her defiant debut feature DUKHTAR or “Daughter” follows a mother and her young daughter traveling through rural landscapes to escape the predetermined future chosen by the men that claim to own them.  (from Indiewire)

“A groundbreaking film unlike anything done by a director from this part of the world.  It’s art and social change united in harmony via soulful story telling.” – Carlos Aguilar, Indiewire

“Among its many virtues, DUKHTAR offers exquisite cinematography.   But its principal merit is the quiet authority of Ms. Mumtaz, who combines a mother’s passionate concern with glimmers of an awakening consciousness. ” – Andy Webster, New York Times 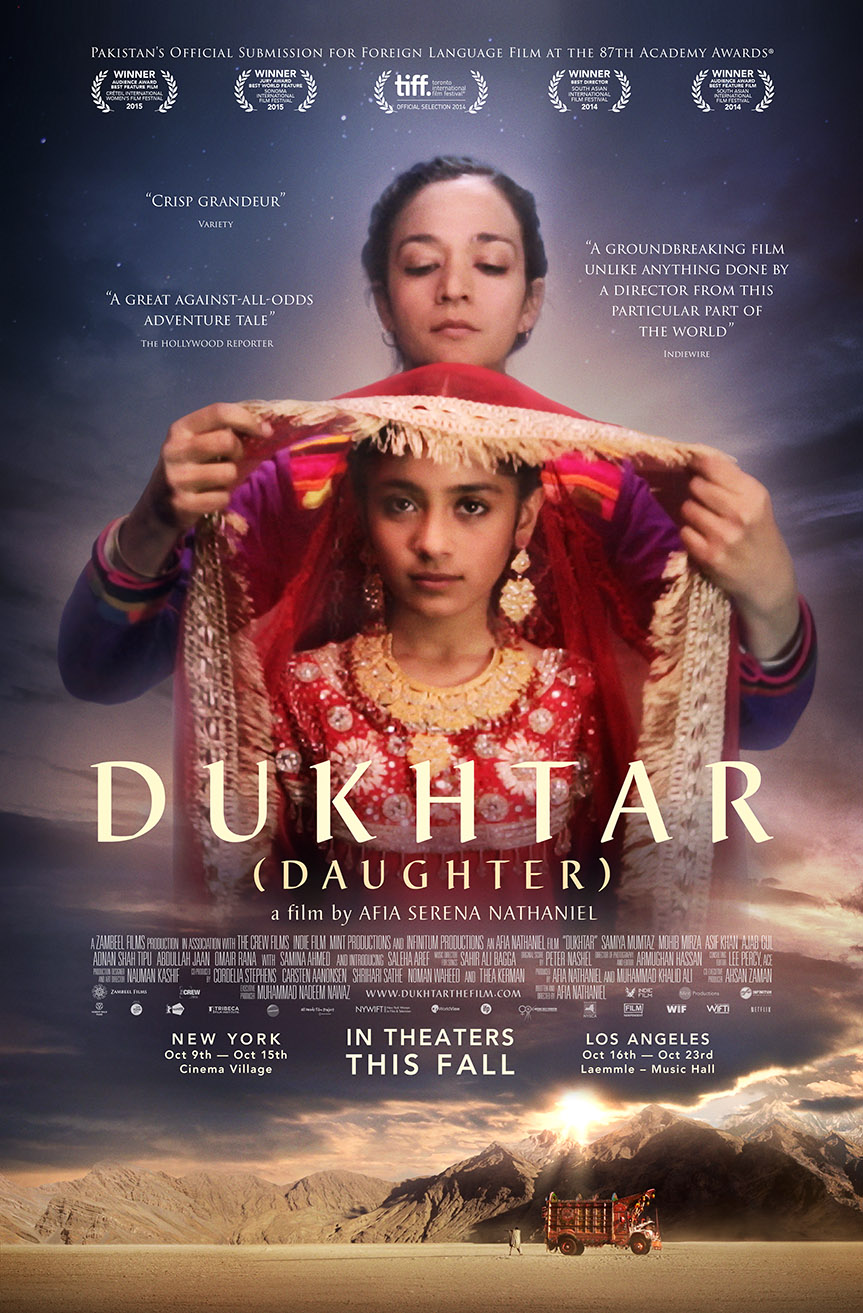