“Powerful and haunting, LABYRINTH OF LIES turns over a rock and watches the vermin crawl out in a disturbing and rarely talked about footnote to German history.   The rock is Germany’s massive effort to forget the past under National Socialism and move on.   The rats are the former Nazis who, after the war, found acceptance and protection in comfortable positions of importance in the German government at a time when the country was on its way to reconstruction and cultural renaissance.  The movie centers on the handful of brave men and women who dedicated themselves to an uncompromising search for the truth in the investigation that led to the Auschwitz trials from 1963 to 1965 in which Germans prosecuted Germans at last.” – Rex Reed, New York Observer

“One of the most important and revelatory films of the year.” – Rex Reed, New York Observer

“A chilly, disquieting study of a society in a state of denial until the truth is bared. ” – Stephen Holden, New York Times

“It’s to the film’s credit that truth-telling here looks as hard as it does noble, and that the Holocaust is not treated just as a suspense story’s MacGuffin.” – Alan Scherstuhl, Village Voice 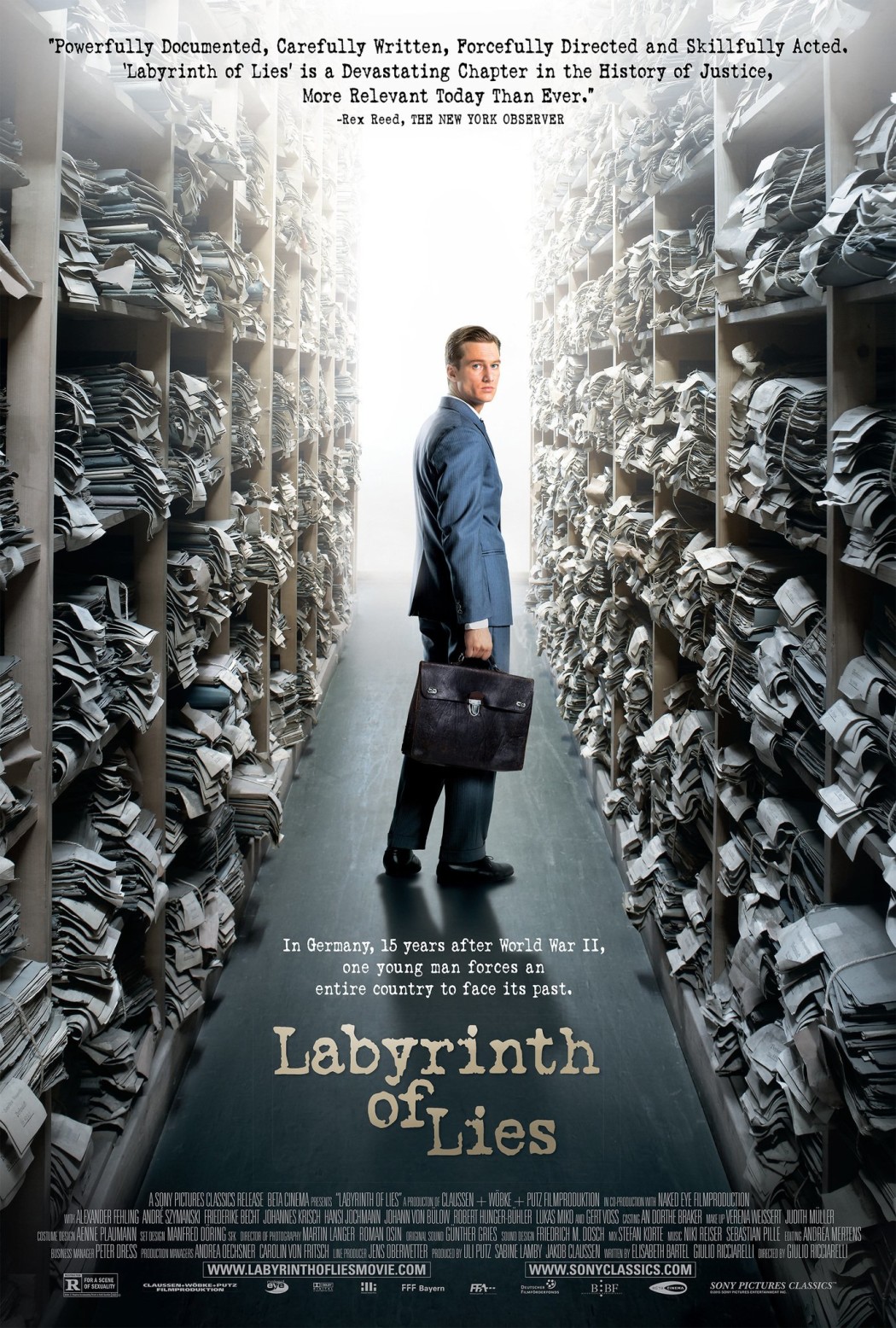