Sold Out.
Seating is always available in the front 3 rows for people who do not have tickets (buy tickets at the door starting at 7:15 p.m.).

From acclaimed documentary film director Steve James, (Hoop Dreams; Life Itself), ABACUS: SMALL ENOUGH TO JAIL tells the incredible saga of the Chinese immigrant Sung family, owners of Abacus Federal Savings of Chinatown, New York.   Accused of mortgage fraud by Manhattan District Attorney Cyrus R. Vance, Jr., Abacus becomes the only U.S. bank to face criminal charges in the wake of the 2008 financial crisis.   The indictment and subsequent trial forces the Sung family to defend themselves – and their bank’s legacy in the Chinatown community – over the course of a five-year legal battle.

“In its intimate, well-observed way, the film is deeply moving… a snapshot of a loving family coming together during a crisis.” – Tim Grierson, Screen International

“Throughout his scrappy story, there’s also a winning sense of humor that shows the spunk of people not used to being pushed around.” – Joshua Rothkopf, Time Out NY

“This will stir strong emotions for any viewer who not only hates to see the little guy get pushed around, but suspects that the no-guilt-admitted fines later paid by the architects of the 2008 crash weren’t so much a punishment as they were a getaway vehicle.” – Chris Barsanti, Film Journal International 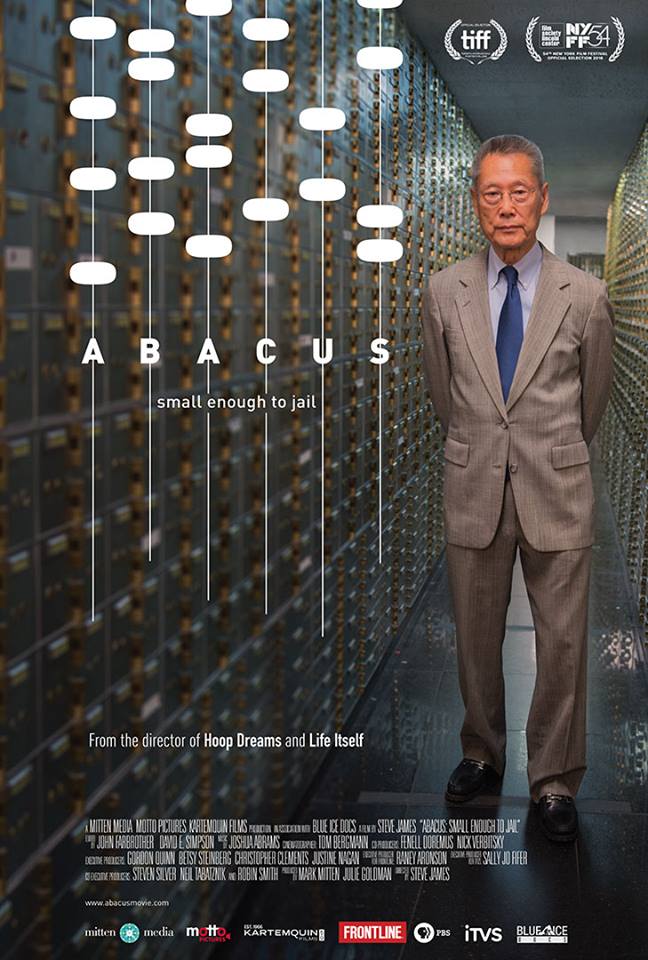