Sold Out. Tickets for seating in the front 3 rows will be available at the door starting at 7:15 p.m.

”The premise is simple but compelling: Two strangers get off a train in a small town and nothing is ever the same again.   It could be the premise for a classic western set in Tombstone or Dodge, but the town is in rural Hungary, the two men are Orthodox Jews and the year, as the title indicates, is “1945.”   A Hungarian feature coming just a few years after that country won the foreign language Oscar for the Auschwitz-themed “Son of Saul,” “1945” is a very different but equally compelling film…. Strongly directed by Ferenc Török… this is a lean, unadorned parable about guilt and the nature and consequences of evil.“ – Kenneth Turan, Los Angeles Times

”Brilliant!   Every bit as powerful as “Ida,” with luxurious cinematography reminiscent of Terrence Malick.” – Jonathan Marks, The Jewish Week

Winner of the Chairman’s Award at the Jerusalem Film Festival. 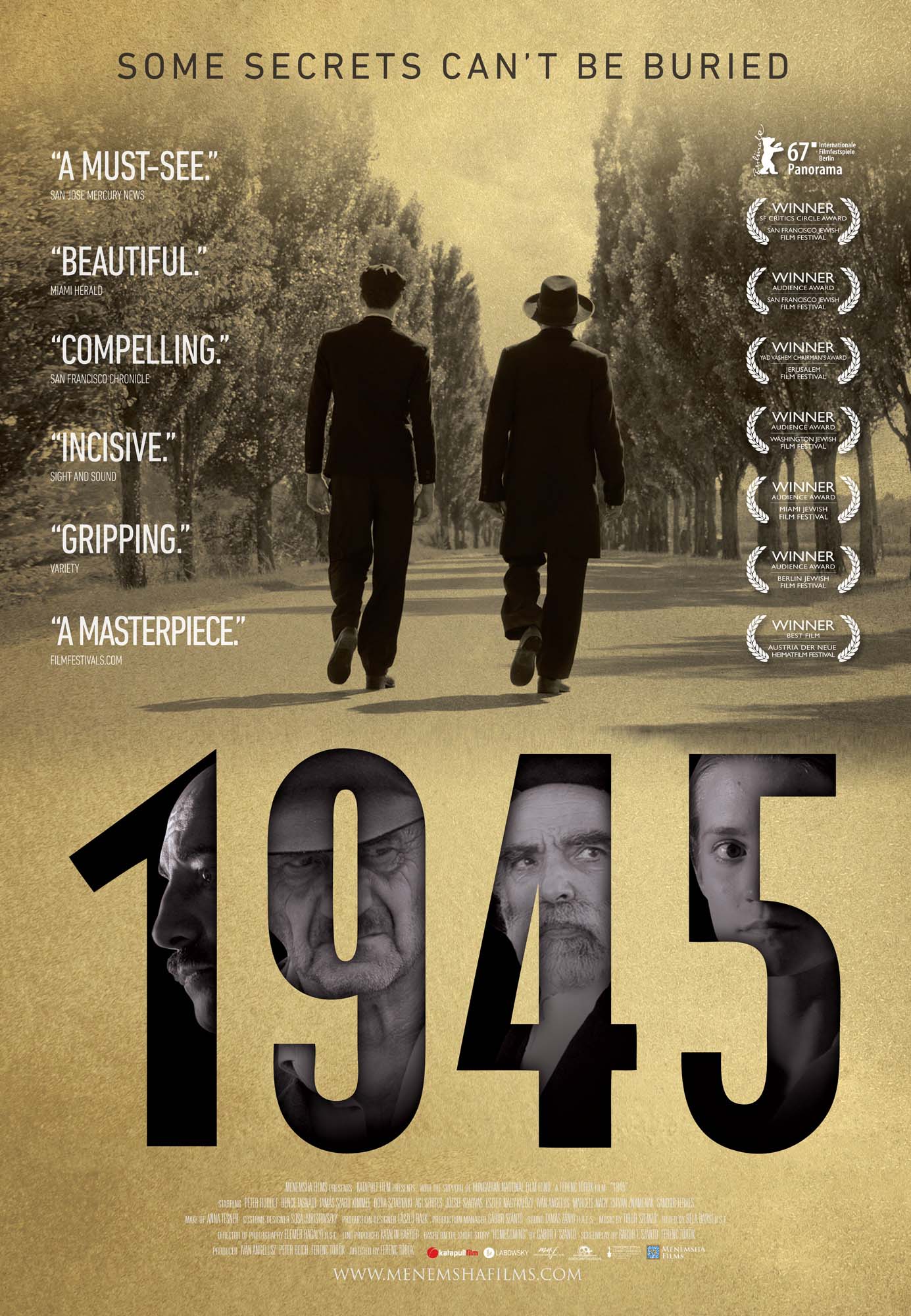