Our showing is 2 months ahead of its opening in L.A. and N.Y. (other than a one-week Oscar qualifying run).

Winner of 8 Ophir awards (the Israeli Oscars) including Best Picture

Representing Israel at the 2018 Oscars

“A brilliant movie, one that is so rich thematically, visually, musically and emotionally, that one viewing is not enough to begin to absorb all it has to offer.” – Hannah Brown, Jerusalem Post

“Not content to merely confront the unspeakable grief of parents who lose a child, Maoz uses the film’s tripartite structure to encompass a devastating litany of Israeli attributes that run the gamut from machismo to racism to a past subverted by the Holocaust and then back again to grief.   Just as no novel can tackle a mother’s fear of learning her soldier son is dead without being compared to David Grossman’s stunning “To the End of the Land,” so no film will be able to deal with a similar subject without being weighed against FOXTROT.   Brilliantly constructed with a visual audacity that serves the subject rather than the other way around, this is award-winning filmmaking on a fearless level.” – Jay Weissberg, Variety

“Foxtrot is an unclassifiable blend of black comedy, surrealism and socio-political drama that proves to be equal parts unflinching and unforgettable.” – Alistair Ryder, Film Inquiry 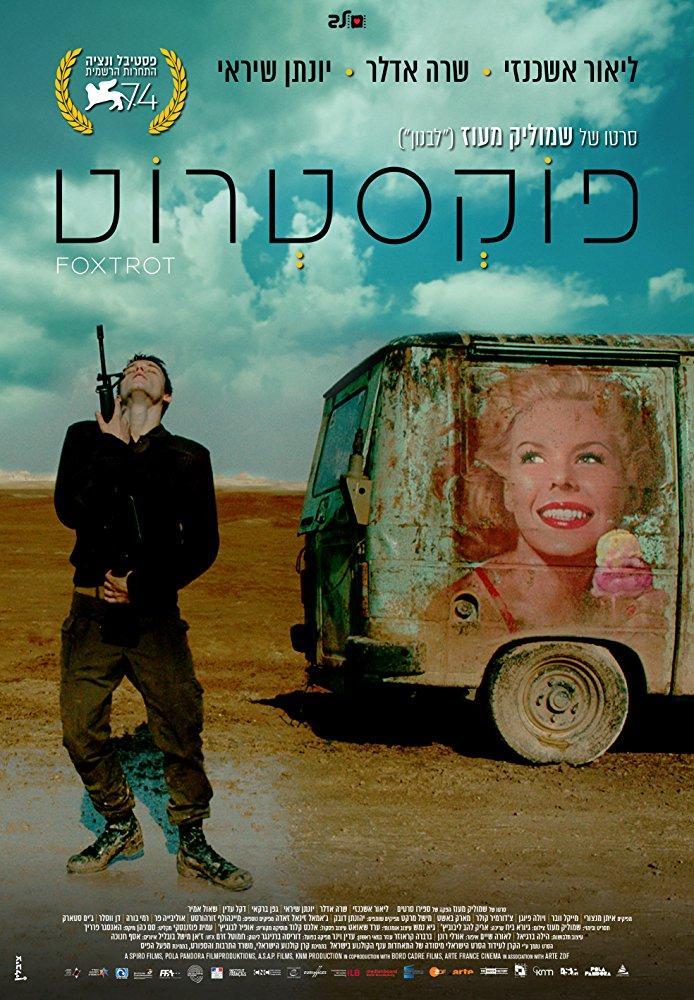