ON BODY AND SOUL

“The words “I’ll see you in my dreams” get an eerie, affecting new spin in ON BODY AND SOUL, a determinedly eccentric but intermittently startling misfit romance that marks a singular return to feature filmmaking for Hungarian writer-director Ildikó Enyedi after an 18-year gap.   Charting the very slow-burning attraction between two lonely abattoir workers who simply cannot connect in the real world as intimately as they do in the dreams they mysteriously share, Enyedi’s film blends mournfully poetic whimsy with stabs of visceral brute reality.” – Guy Lodge, Variety

“Hungary’s dazzling ON BODY AND SOUL … is the most quietly mind-expanding, out-of-the-ordinary romance to appear in quite some time.” – Kenneth Turan, Los Angeles Times

NOTE: This film contains images some may find disturbing in a few scenes that take place in a slaugterhouse. 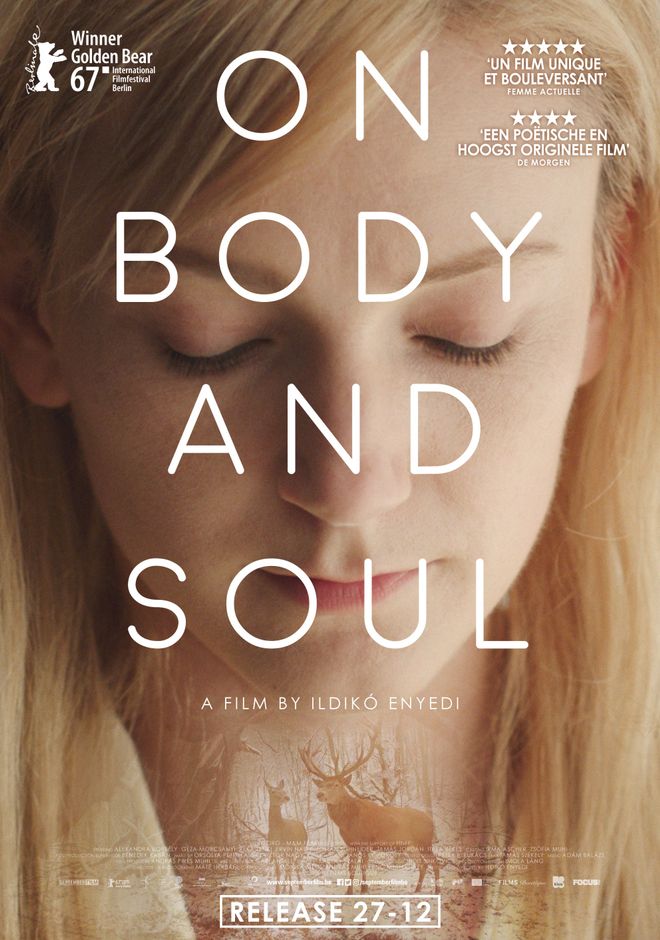