“J.M.W. Turner, arguably the greatest of British painters, was an uncommonly difficult man, and MR. TURNER, the exceptional film Mike Leigh has made about him, does not do things the easy way either.   But just as Turner’s expressive, enthralling work changed the nature of painting, MR. TURNER, anchored in the rock of Timothy Spall’s astonishing, Cannes prize-winning performance, pushes hard against the strictures of conventional narrative and ends up pulling us into its world and capturing us completely.” – Kenneth Turan, Los Angeles Times

“Writing about MR. TURNER a few weeks after seeing it, I feel a craving to be again immersed in its world, which is rich with colors, textures, and, it sometimes almost seems, smells—not always pleasant ones, given that this is the early 19th century we’re talking about.  More than any period film in years MR. TURNER seems to be taking place in something like the actual past, in a world distinctly different from our own while remaining contiguous with it.” – Dana Stevens, Slate 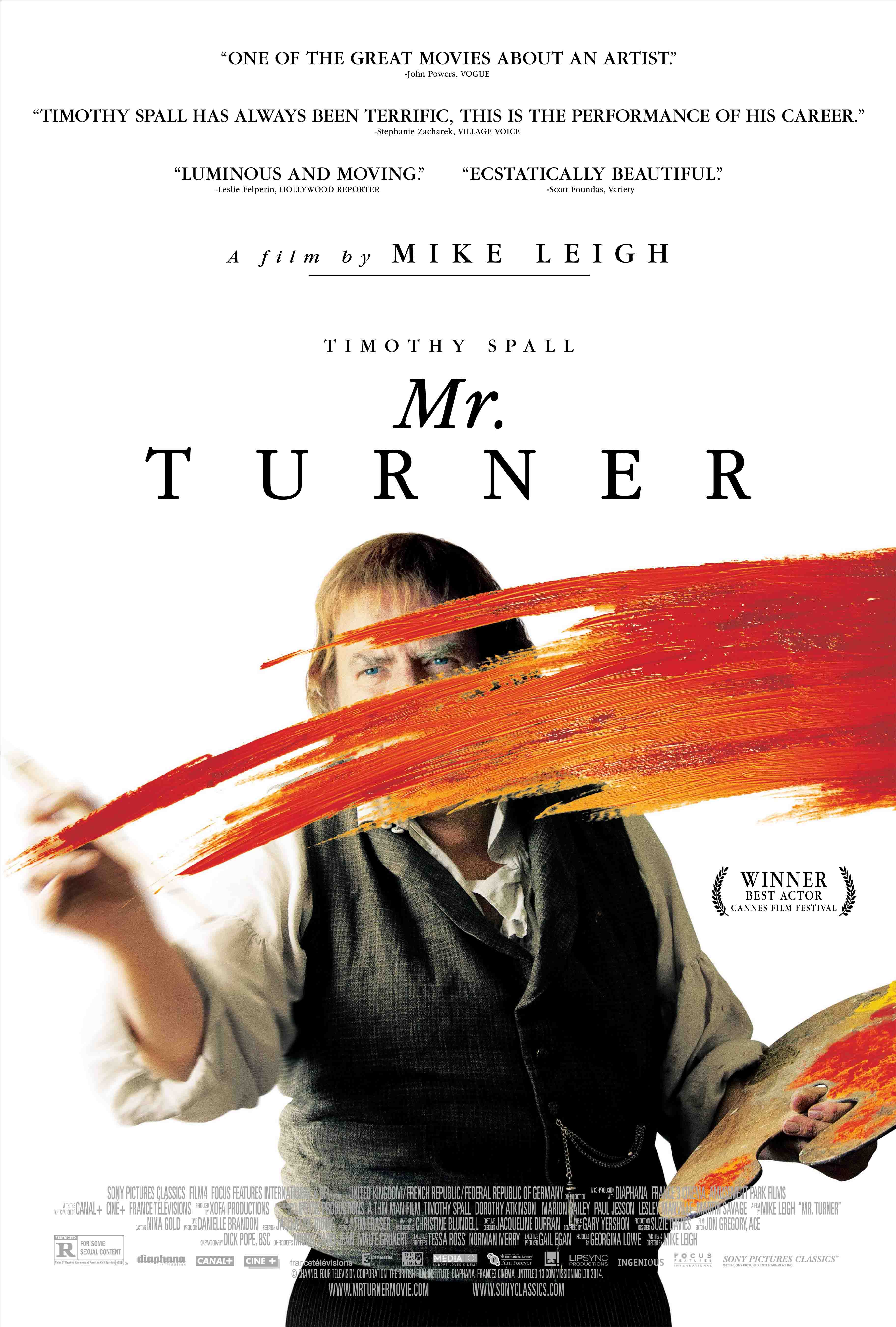