As World War Two comes to an end, a group of German POWs, boys rather than men, are captured by the Danish army and forced to engage in a deadly task – to defuse and clear land mines from the Danish coastline.   To this day, the events surrounding the demining of the Danish beaches are considered taboo; conveniently forgotten; repressed by the Danes and by history.   This is a film about revenge and forgiveness, about a group of boys forced to do penance on behalf of an entire nation.

“An act of expiation, LAND OF MINE is honorable, harrowing and stirring.” – Joe Morgenstern, Wall Street Journal

“LAND OF MINE is a provocative drama that poses timeless questions.   It’s easy to see why Academy voters chose it as a contender for this year’s Best Foreign Language Film Oscar.” – Leonard Maltin

“Though Sgt. Rasmussen can be ferocious, it proves challenging to treat boys young enough to be his sons as if they were hardened combat veterans.   All kinds of plausible crises and wrenching situations arise as individuals on both sides of the equation wonder how much shared humanity there can be in a world where personal feelings are treated as traitorous or worse.” – Kenneth Turan, Los Angeles Times

“The film works as a moving anti-war essay and as a gripping thriller.” – Stephen Farber, Hollywood Reporter

Rated R for violence, some grisly images, and language. 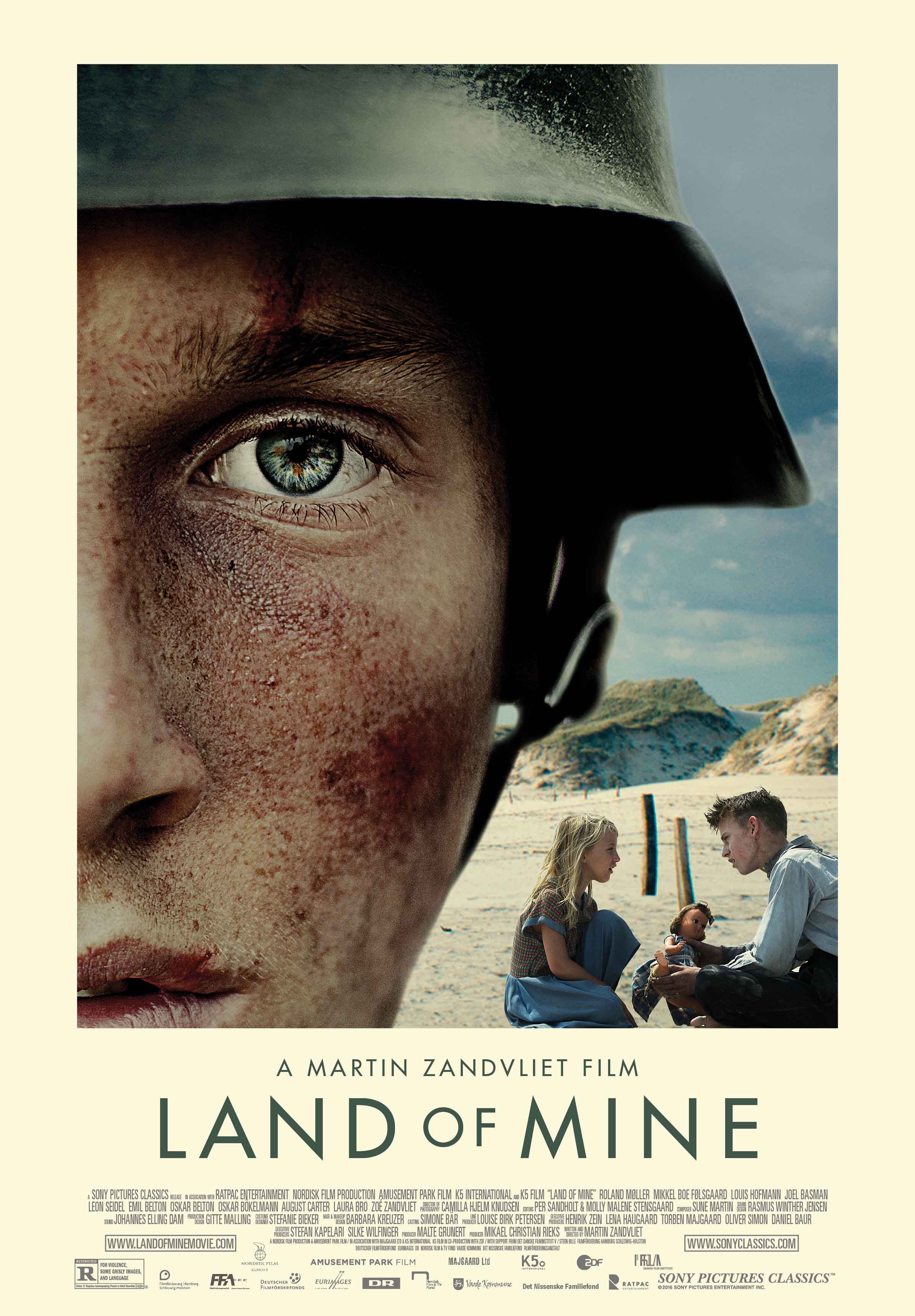