Sold Out.
Seating is always available in the front 3 rows for people who do not have advance tickets (buy tickets at the door starting at 7:15 p.m.).

Please join us for an after-film discussion with Erika Fleury, author of Monkey Business: A History of Nonhuman Primate Rights and Program Director of the North American Primate Sanctuary Alliance.

Drawing from over 100 hours of never-before-seen footage that has been tucked away in the National Geographic archives for over 50 years, award-winning director Brett Morgen tells the story of JANE, a woman whose chimpanzee research challenged the male-dominated scientific consensus of her time and revolutionized our understanding of the natural world.   Set to a rich orchestral score from legendary composer Philip Glass, the film offers an unprecedented, intimate portrait of Jane Goodall — a trailblazer who defied the odds to become one of the world’s most admired conservationists.

“JANE isn’t just required viewing for fans of Goodall or animal lovers, but anyone seeking a classic in the making.” – Kate Erbland, IndieWire

“Few living figures outside the realm of religion, politics or entertainment have enjoyed such widespread affection and respect for as long as primatologist Jane Goodall.   So it’s somewhat flummoxing to be reminded in Brett Morgen’s new documentary how she was originally treated as a public person: as a “girl scientist” “playing Tarzan” in the jungle, with more ink spilled on her blond hair and long legs than on the breakthrough research that would change how we viewed not only chimpanzees but humanity.” – Dennis Harvey, Variety 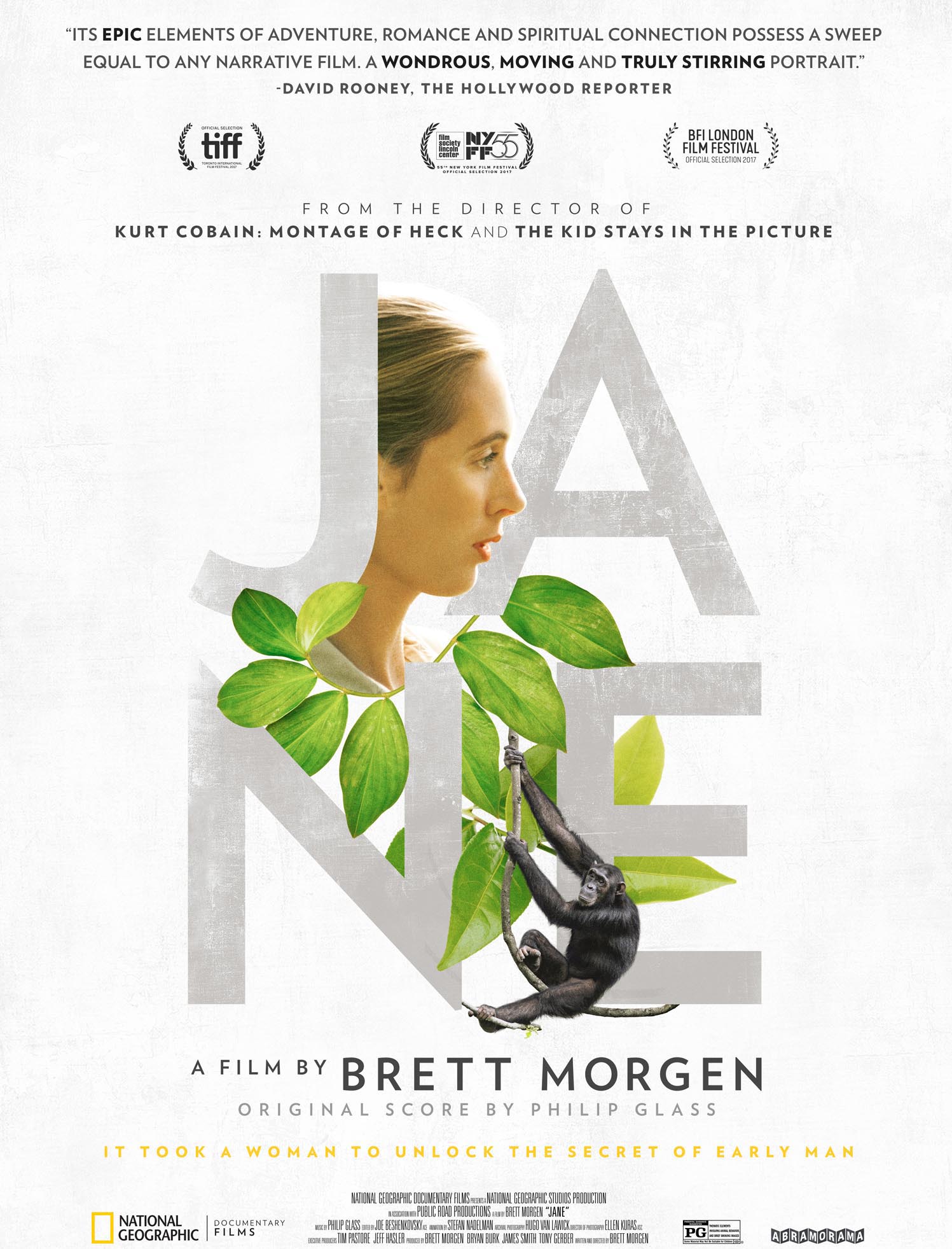