SOLD OUT.   Tickets for seating in the front 3 rows will be available at the door at 7 p.m.

Official selection of Lebanon for the 2019 Oscars

CAPERNAUM begins in a court room with a 12-year-old boy who wants to sue his parents for bringing him into the world.

“Nadine Labaki’s sensational new film…turns the plight of this lad growing up in the slums and streets of Beirut into a social-realist blockbuster – fired by furious compassion and teeming with sorrow, yet strewn with diamondshards of beauty, wit and hope.” – Robbie Collin, Review Telegraph

“CAPERNAUM has the anger, the energy and a galvanising central performance by Syrian migrant child Zain al Rafeea to move audiences the world over.   It looks like an early shoe-in for a Best Foreign Film nomination.” – Lee Marshall, Screen Daily

“The last shot had me choking back sobs.” – Bob Modnell, NPR 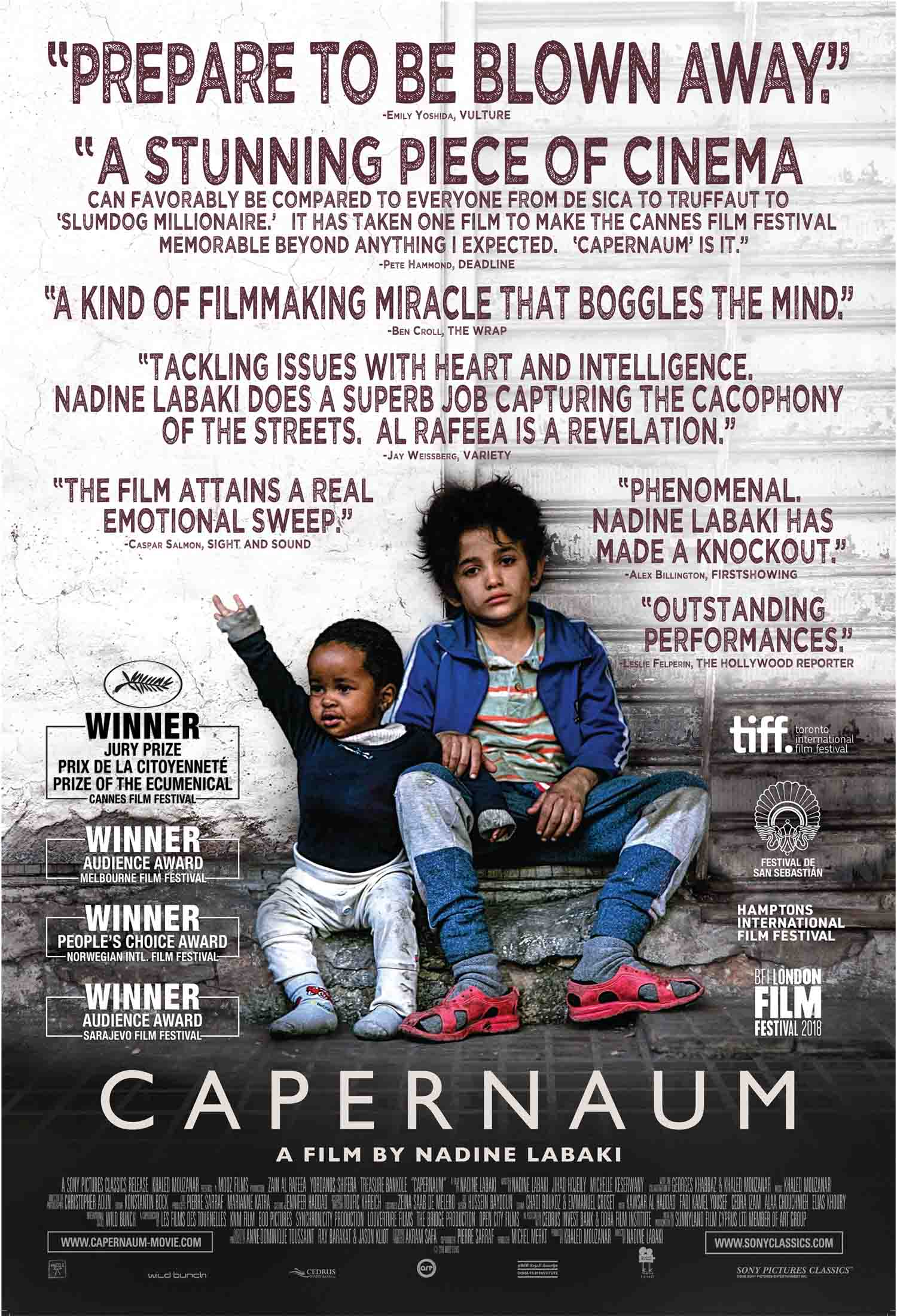