All screens Sold Out.

Directed by acclaimed Israeli film director Eran Riklis.  The screenplay is by one of Israel’s most renowned contemporary writers, Sayed Kashua, and is based on his own experiences growing up as an Arab born in Israel.

A BORROWED IDENTITY is a coming-of-age drama set in the early 1990s about an Arab teenager (Eyad) trying to find his place in Israeli society.

Director Eran Riklis wirtes, “Eyad is Palestinian, Eyad is Israeli, he is a Muslim, he is a Jew, he was born and raised in Tira, a predominantly Arab town in Israel and yet his youth was spent in a lucrative Jewish-Israeli school in Jerusalem – liberated or occupied, depending on who you are and what your identity is.  Eyad is constantly on the run – from who he is, from what he is supposed to be, from what is expected of him.  A man, a young man on the run, is on a voyage of self-exploration, which leads us to embark on this voyage and explore his and our aspirations, our identity, our daily struggles, our fears and our hopes.”

“A BORROWED IDENTITY emerges as one of the most engaging and polished of recent Israeli films, and as such is well worth the attention of anyone interested in the cultures and issues it limns.” – Godfrey Cheshire, RogerEbert.com

“Traditional coming-of-age films like A BORROWED IDENTITY don’t often come from Israel, which is one of the film’s points. ” – Marsha McCreadie, Village Voice

“An excellent cast, a solid script, and a few surprises about the little-known circumstances of life as an Arab-Israeli citizen make A BORROWED IDENTITY an absorbing film.” – Maria Garcia, Film Journal International 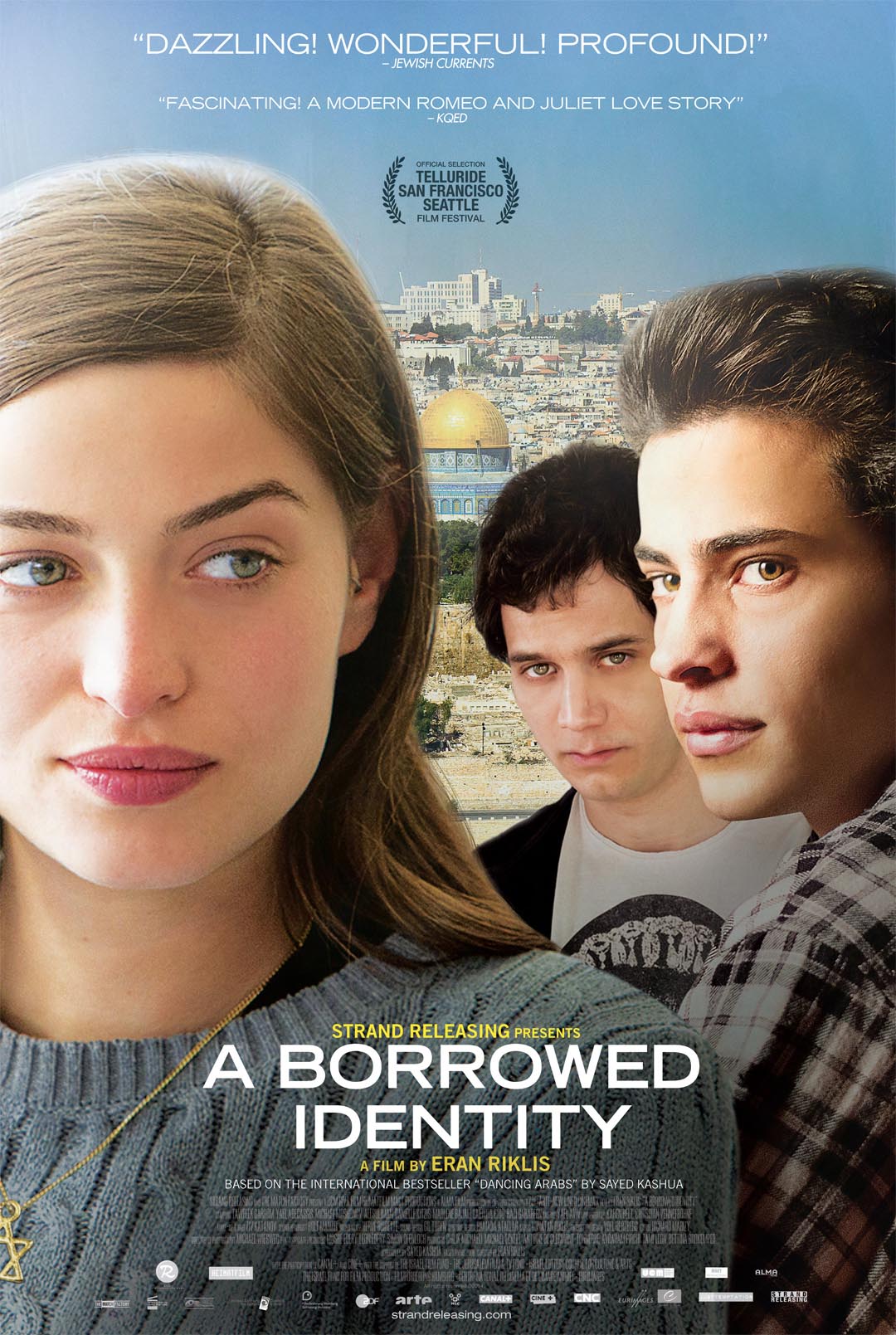