As a special thank you, South Bay Film Society will be showing without charge to our members, WIDOWS, screening WEDNESDAY NOV. 14, 7:15 p.m. at the AMC Rolling Hills theater.

Tickets are limited to 2 per person.

2 DAYS BEFORE IT OPENS!

Note: this film is Rated R for violence, language throughout, and some sexual content/nudity.

WIDOWS is a blistering, modern-day thriller set in Chicago against the backdrop of crime, passion and corruption.   It is the story of four women with nothing in common except a debt left behind by their dead husbands’ criminal activities.   Starring Oscar winner Viola Davis, Elizabeth Debicki, Michelle Rodriguez and Cynthia Erivo.   Also starring Liam Neeson, Colin Farrell, Robert Duvall, Daniel Kaluuya, Lukas Haas and Brian Tyree Henry.

“The film is taut, emotional, exciting and surprising and led by a performance from Davis so fierce and specific that you will want to see her make 20 more action movies.” – Linda Holmes, NPR

“To watch them coalesce into a hard-nosed crew of heisters is the year’s most purely pleasurable piece of transformation.” – Joshua Rothkopf, Time Out 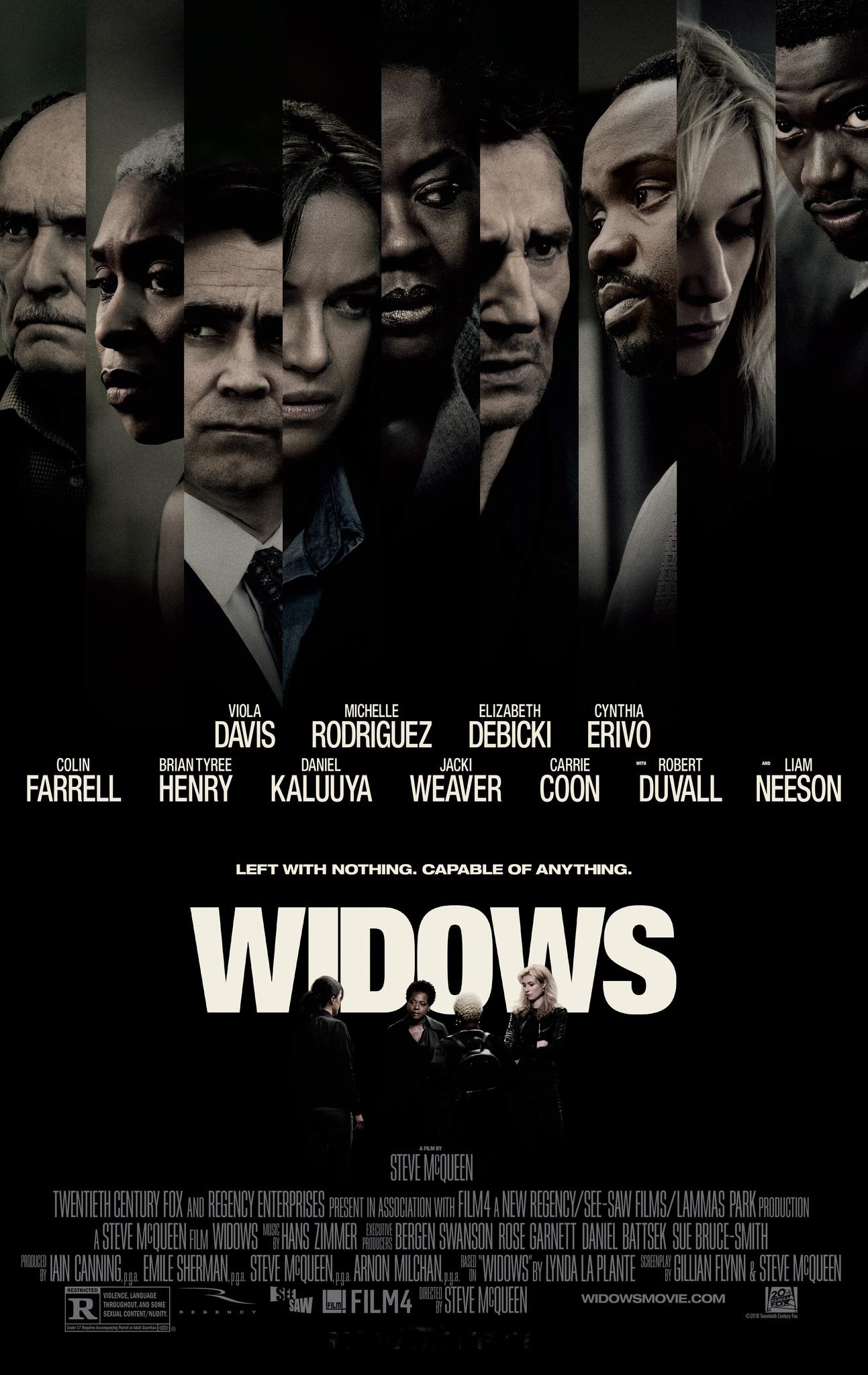