THERE IS NO EVIL

ABSOLUTELY NO SALE OF TICKETS AT THE DOOR.
Tickets limited to provide spacing between seats.   Masks required in the theater.

Working in defiance of a lifelong ban on filmmaking and sentenced to prison for previous films, Iranian dissident film director Mohammad Rasoulof delivers a piercing drama about a subject he knows well: the costs of living under a repressive, brutal government.   THERE IS NO EVIL is a film in four thematically related chapters, comprising four moral tales about men in contemporary Iran each faced with a simple yet unthinkable choice.

“To make a movie that ponders the moral rot of an unjust system while under the gun of that unjust system is courageous and artistically potent.” – Ben Kenigsberg, New York Times

“The film’s as compassionate as it is unsettling, and as provocative as it is poignant.” – Roxana Hadadi, AV Club

“A major work of Iranian Cinema” – The Film Stage 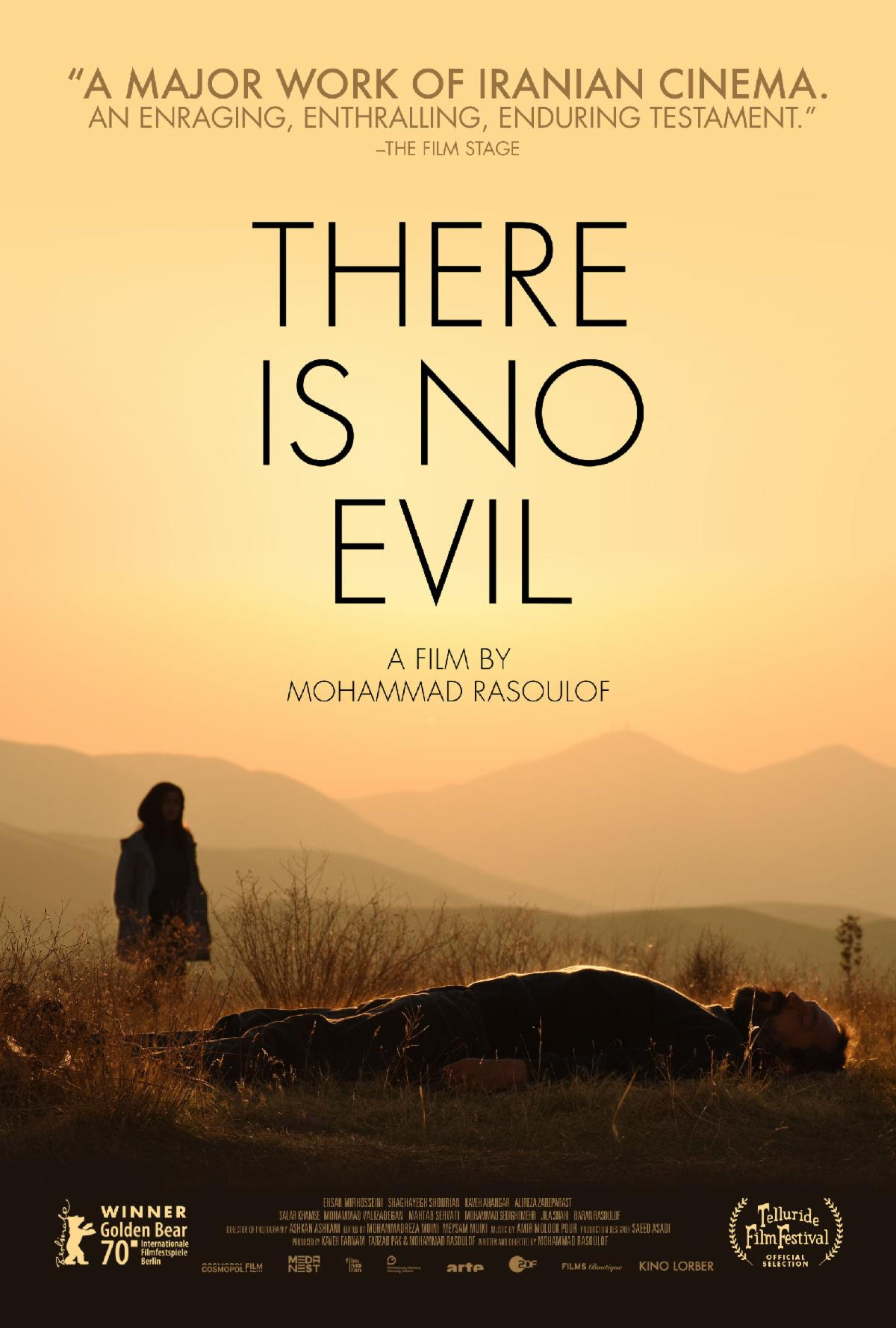