“A close-knit congregation fractures along gender lines after a catastrophe at their synagogue in this nicely observed dramedy.” – Alissa Simon, Variety

”Screenwriter Nehama, who grew up in an Orthodox Jerusalem community like the one in the film, has said her goal was “to tell the story of the moderate people who are forced to deal with growing religious extremism,” and THE WOMEN’S BALCONY definitely does that.” – Kenneth Turan, Los Angeles Times

“In a country where middle-aged women rarely appear as movie protagonists, Nehama deserves kudos for her likeable, responsive, can-do heroines.   And she smartly incorporates challenging and subversive elements into a film that is outwardly simple and charming.” – Alissa Simon, Variety

“THE WOMEN’S BALCONY proves that a movie doesn’t have to be mean spirited in order to be funny.” – Hannah Brown, Jerusalem Post 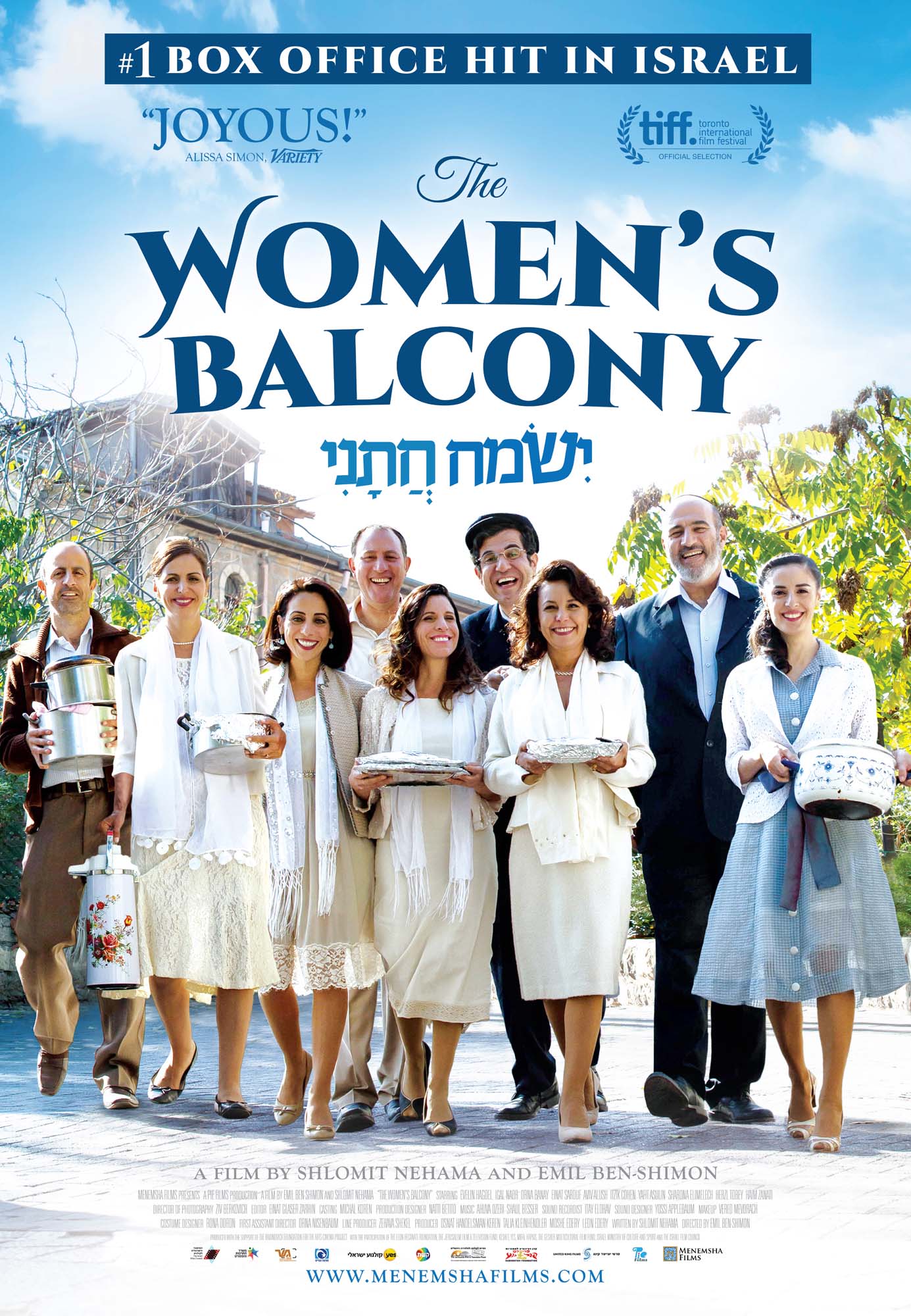