The Salt of the Earth

Additional seats available at the door.

Nomination for Best Documentary at the 2015 Oscars.

“Whether you’re familiar with Salgado’s name and work or not, the documentary THE SALT OF THE EARTH, a popular prize-winner at Cannes and on the Oscar shortlist, will be a revelation.” – Kenneth Turan, Los Angeles Times

“THE SALT OF THE EARTH has the power to draw you into its world, transfix, and perhaps eventually transform you. ” – Tirad Derakhshani, Philadelphia Inquirer

“Many of the images – and Salgado’s accounts of taking them – are as soul-shattering as they are breathtaking. ” – Sara Stewart, New York Post

“The movie [Wim] Wenders and Juliano [Ribeiro Salgdo] have made is a tribute that feels both grand and modest in scale: Just as Salgado’s photographs do, it extends the notion of friends and family to include every citizen of the world. ” 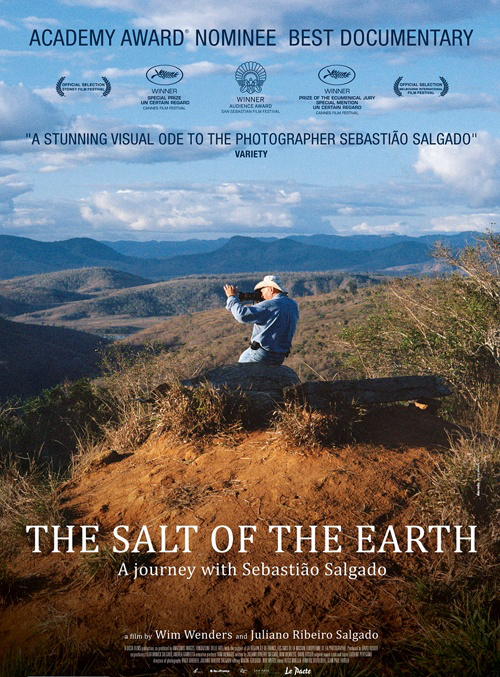