National Board of Review Winner of Best Foreign Language Film

Forced to leave their apartment due to a dangerous construction project in a neighboring building, a young Iranian couple moves to the center of Tehran where they become embroiled in a life-altering situation involving the previous tenant.   Directed by Asghar Farhadi, who also helmed ABOUT ELLY and the Oscar-winning feature A SEPARATION.

“THE SALESMAN could have been a traditional revenge thriller, but Farhadi is interested in much more than that.   He’s interested, again, in male and female roles in his country, as well as how violence can forever alter the trajectory of a relationship….this is not a film in which the injustices of the world can be avenged or corrected.   We move on because we have no other choice.” – Brian Tallerico, RogerEbert.com

“Profits from the strict decorums of Iranian cinema, and indeed of Iranian life, to mount serious reflections on guilt and shame, trust and forgiveness.” – David Sexton, London Evening Standard 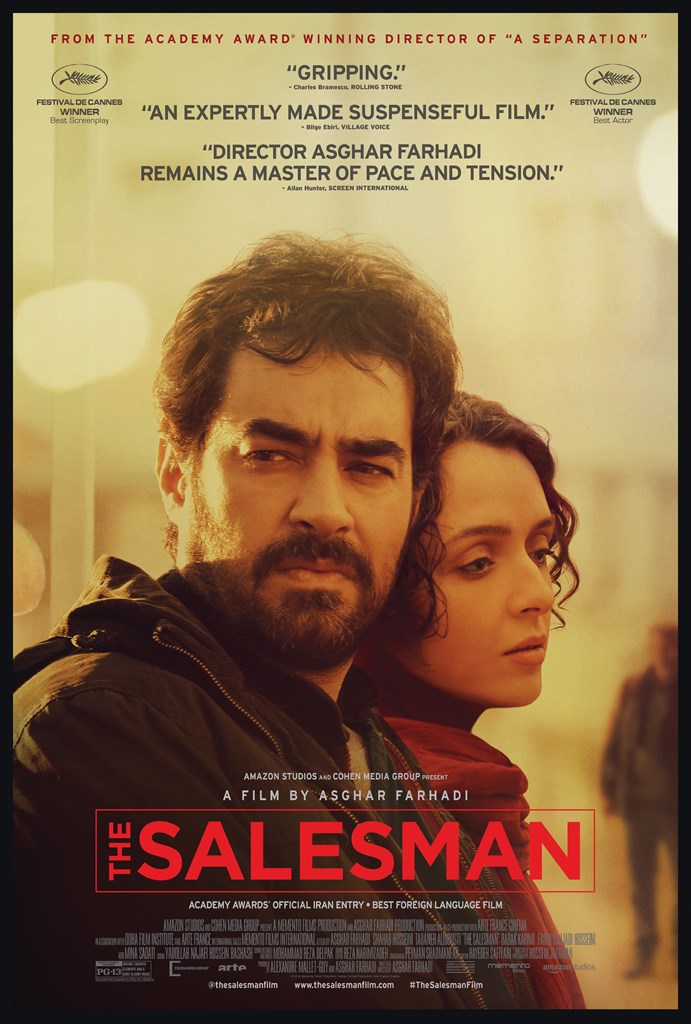