From Park Chan-wook, the acclaimed South Korean director, comes a ravishing new crime drama.  Taking place in 1930s-era colonial Korea and Japan, Park presents a gripping and sensual tale of a young Japanese Lady living on a secluded estate, and a Korean woman who is hired to serve as her new handmaiden, but who is secretly involved in a conman’s plot to defraud her of her large inheritance.

“ IT’S AWESOME.  How often do we get to see an epic, lush, yet also pulpy, genre story that’s so firmly on the side of its female characters?” – Jada Yuan, New York Magazine

“ All the best things about Asian cinema, rolled into one.” – Deborah Young, The Hollywood Reporter 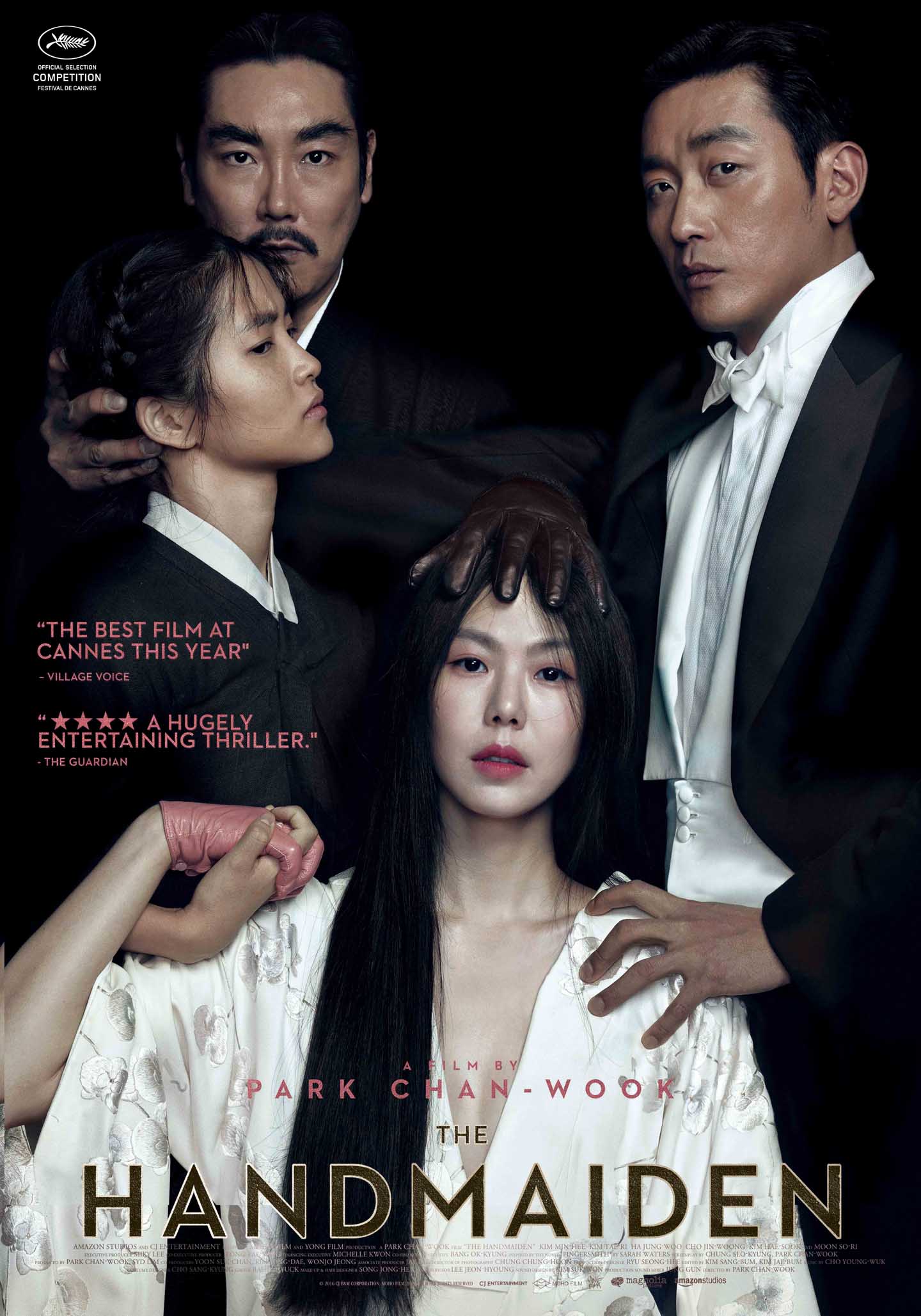