In addition to the film, ticket buyers will be able to view an introduction by Brian Cox and a Q&A from the Stony Brook Film Festival.
Viewing options and customer support information is provided below.

Based on the bestselling novel by José Luis Sampedro (La Sonrisa Etrusca), THE ETRUSCAN SMILE stars acclaimed British actor Brian Cox as Rory MacNeil, a rugged old Scotsman who reluctantly leaves his beloved isolated Hebridean island and travels to San Francisco to seek medical treatment.   Moving in with his estranged son, Rory sees his life transformed when he expects it least.

“Extraordinarily beautiful to look at, winningly performed and doesn’t outstay its welcome by a second.” – Graeme Tuckett, Stuff.co.nz 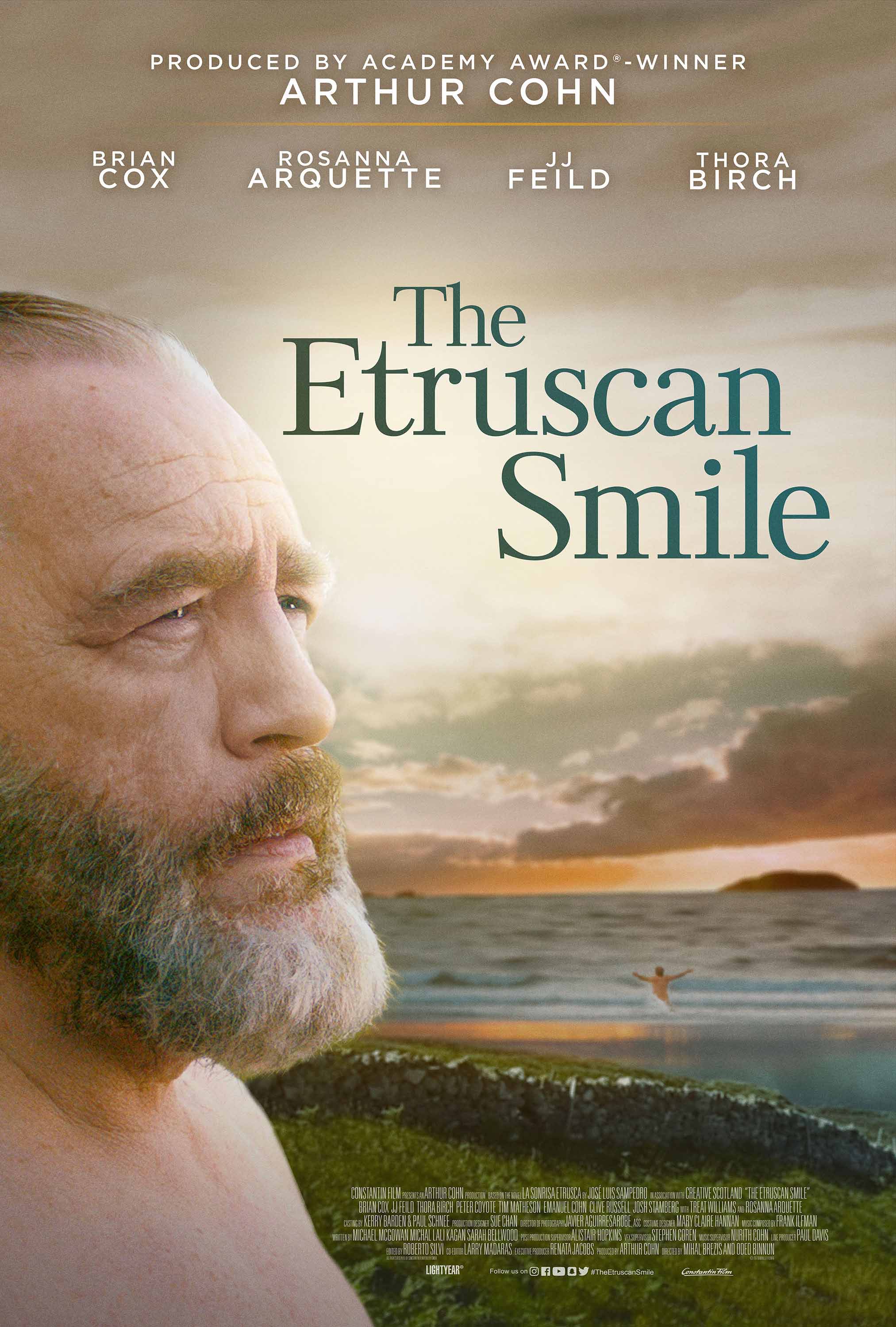 OPTION 1: VIEW THE FILM ON YOUR COMPUTER, CHROMEBOOK, IPAD, ETC.   YOU CAN ALSO MIRROR OR CAST THE FILM FROM YOUR COMPUTER OR OTHER DEVICES TO YOUR TELEVISION.
OPTION 2: TO WATCH ON YOUR TELEVISION, you can use the Film Movement Plus App depending on your setup (more information is provided with your ticket).   If you previously watched Corpus Christi on your television, you already have the Film Movement Plus app loaded.   Open the app and sign in with the email address and password you previously used.   The Etruscan Smile will be found in the My Stuff section of the app.

Should you encounter any issues, you can reach the Film Movement Plus round-the-clock Customer Support Team by filling out the short form at:
https://www.filmmovementplus.com/contact/support