In January, 2015, American rock climbers Tommy Caldwell and Kevin Jorgeson captivated the world with their effort to free-climb the Dawn Wall, a seemingly impossible 3,000 foot rock face in Yosemite National Park.   The pair lived on the sheer vertical cliff for weeks, igniting a frenzy of global media attention.   But for Tommy Caldwell, the Dawn Wall was much more than just a climb.   It was the culmination of a lifetime defined by overcoming obstacles.

“THE DAWN WALL is basically an adventure of ambition and obsession in nature worthy of a Werner Herzog film.   But without being blasphemous, directors Josh Lowell and Peter Mortimer do it better than Herzog could have done, specifically because of how THE DAWN WALL shines for having the intimacy of a first-person perspective instead of that of a curious outsider’s.   The value of friendship and hard work goes beyond just Tommy and Kevin but to the filmmakers, who we can see in only select moments also on the mountain, hanging off the side of the Dawn Wall in what becomes their obsession, too.” – Nick Allen, RogerEbert.com 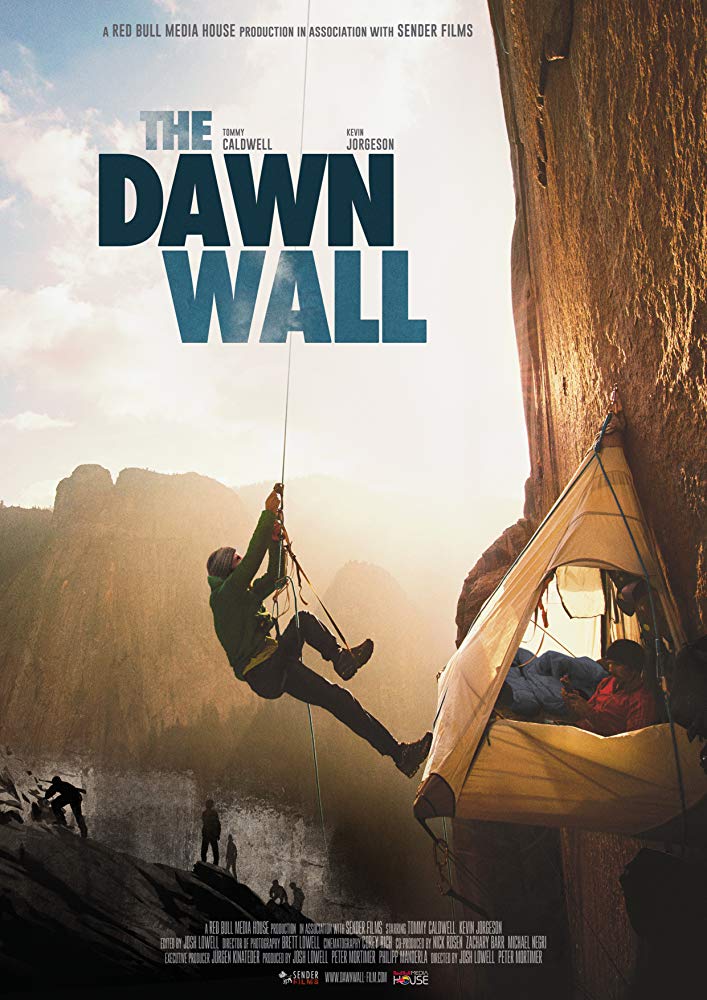