A COMEDY MADE IN ISRAEL BY A PALESTINIAN

The Israeli-Palestinian conflict gets a clever comic sendup in TEL AVIV ON FIRE, the latest feature from writer-director Sameh Zoabi.

Salam, a charming 30-year-old Palestinian living in Jerusalem, works as a trainee on a popular Palestinian soap opera produced in Ramallah.   Every day, to reach the TV studios, Salam has to go through a rather difficult Israeli checkpoint where he must deal with the Israeli commander, Assi, whose wife is a big fan of the soap opera.

“A witty and warm-hearted look at a divided land.” – Jordan Mintzer, Hollywood Reporter 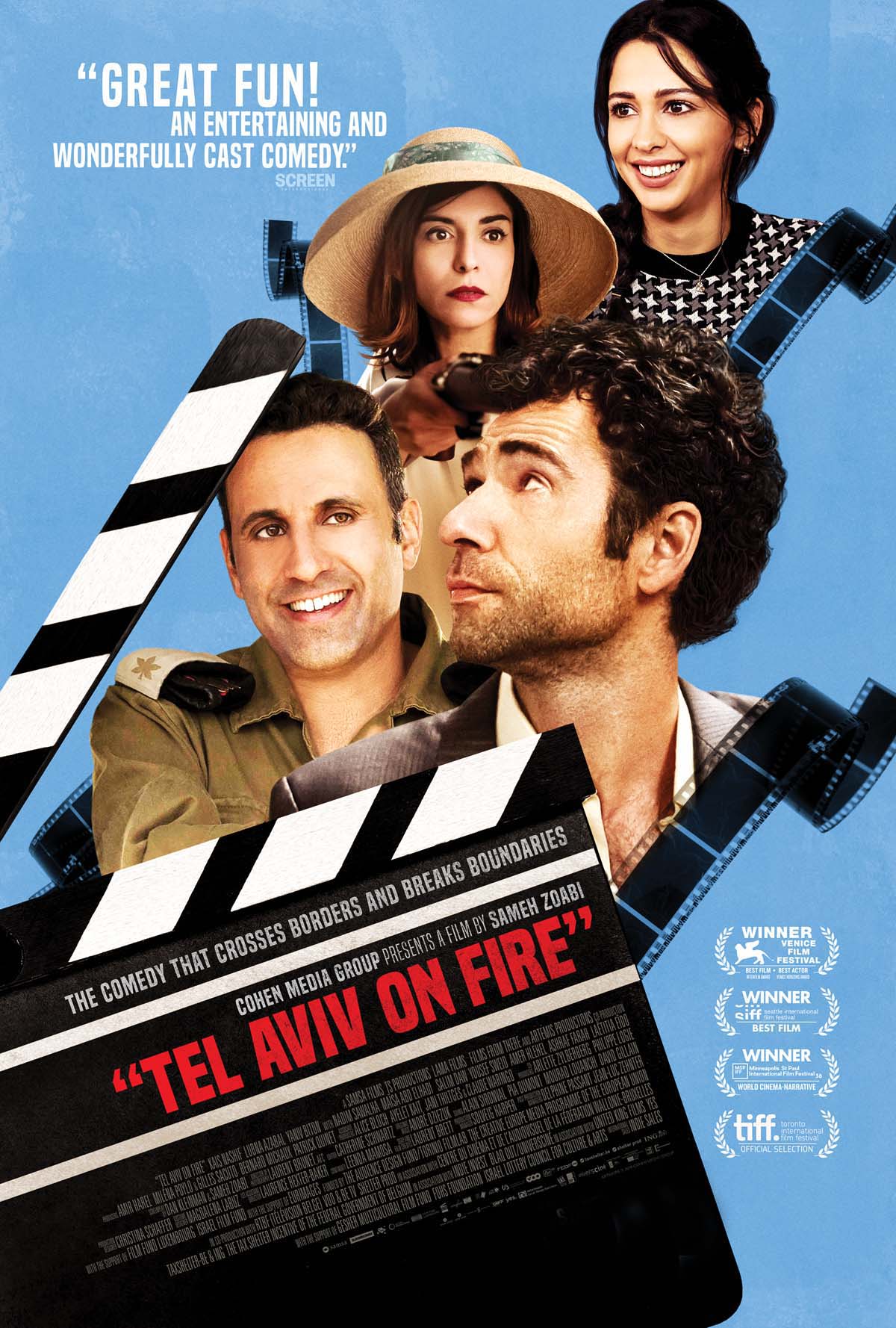