2 days before it opens at the Laemmle!

Internationally acclaimed Iranian director Jafar Panahi was imprisoned in 2010 for his films and now labors under a 20-year ban from filmmaking (he could be condemned to 6 years in prison for breaking these restrictions).   With TAXI, his third and most brilliant film since his ban, he enterprisingly gets around the restriction by filming inside a cab which he drives around Tehran.  This new film is technically without credits and so evidently cannot be officially attributed to Panahi, although it is obvious enough.

“When we approach a new Panahi film these days, made in bravery, often in secrecy, and in direct opposition to the Iranian authorities, it tends to be with furrowed brow, and a portentous sense of the Political Importance of what we’re about to watch.  But almost from the off in his new film, TAXI, Panahi himself slyly cracks a window on all that gravity: it’s reflexive, intelligent, and provocative, to be sure, and has lots to say about Iranian society in general and the fine art of dissidence in particular, but it’s also sort of a blast.” – Jessica Kiang, The Playlist

“It is subtle, humorous and humane….a moving snapshot of modern Iran, and how everyone is feeling about crime and punishment and the way they live now.” – Peter Bradshaw, The Guardian

“Amazingly, Panahi turns the utterly simple, economical format of a camera inside a car into something relevant to his own artistic state and full of eye-opening insights into Iranian society.” – Deborah Young, Hollywood Reporter 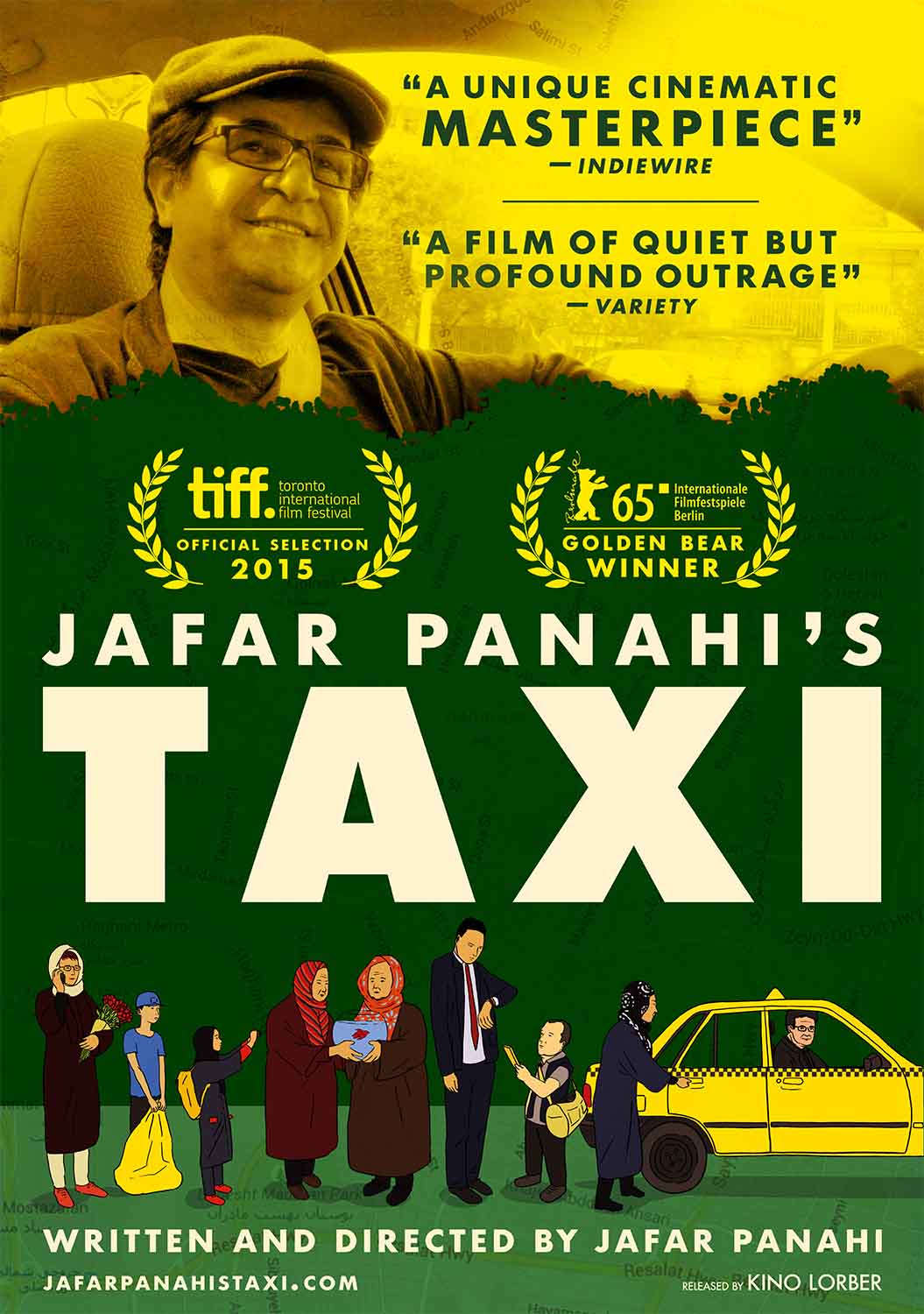