12 days after it opens at the Landmark!

Winner of Asia Pacific Screen Award for Best Film in 2017

An Australian western based on the true tale in 1929 of an Aboriginal man who was arrested and tried for the murder of a white man. Directed by Warwick Thornton (director of award winning Samson and Delilah), the setting is a frontier outpost where the different cultural worlds collide in an epic and beautiful desert landscape.

“Sweet Country’s complexity and sophistication mark it as a landmark work of Indigenous cinema.”– Jason Anderson, Sight and Sound

“A film which celebrates the mysterious, harsh landscape and those shimmering horizons of the Northern Territories in what is, aside from taut drama, a work of visionary cinematography.” – Paddy Kehoe, RTE (Ireland)

Rating: R, for violence, bloody images and for language throughout 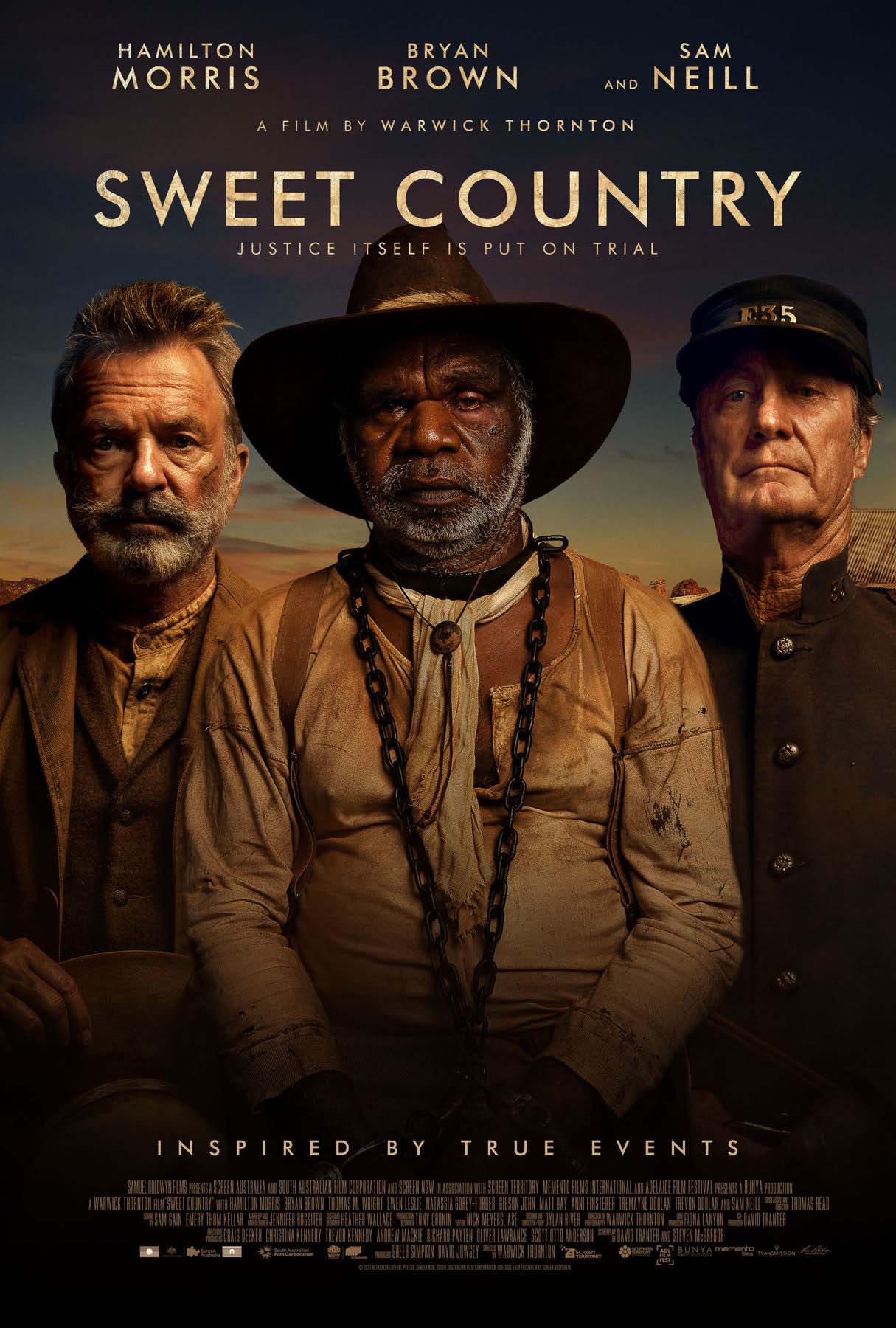