Ticket purchasers will be invited to an exclusive South Bay Film Society live ZOOM Q&A with Chris Durrance, co-director and co-producer of the film on Wed. May 27.

This must-see documentary about gerrymandering and the undermining of democracy in Michigan and Wisconsin could not be more timely and essential.

After the 2008 election, a secretive, well-funded partisan initiative poured money into state legislative races in key swing states to gain control of their redistricting processes and used high-tech analytics to dramatically skew voting maps based on demographic data. The result is one of the greatest electoral manipulations in U.S. history, one that poses a fundamental threat to our democracy and exacerbates the already polarized atmosphere in Congress and state houses across the country.

“SLAY THE DRAGON is the most important political film of the year, and it may prove to be one of the key political films of the decade.” – Owen Gleiberman, Variety

“It’s a movie about gerrymandering, and it doesn’t matter how unappealing the word sounds or how nerdy it seems, it’s THE most important thing to watch right now on any screen.” – Helen Highly, Indiewood

“If anything, this film should be a lesson that the will of the people will eventually prevail, even if all seems lost.” – Matt Cohen, Washington City Paper 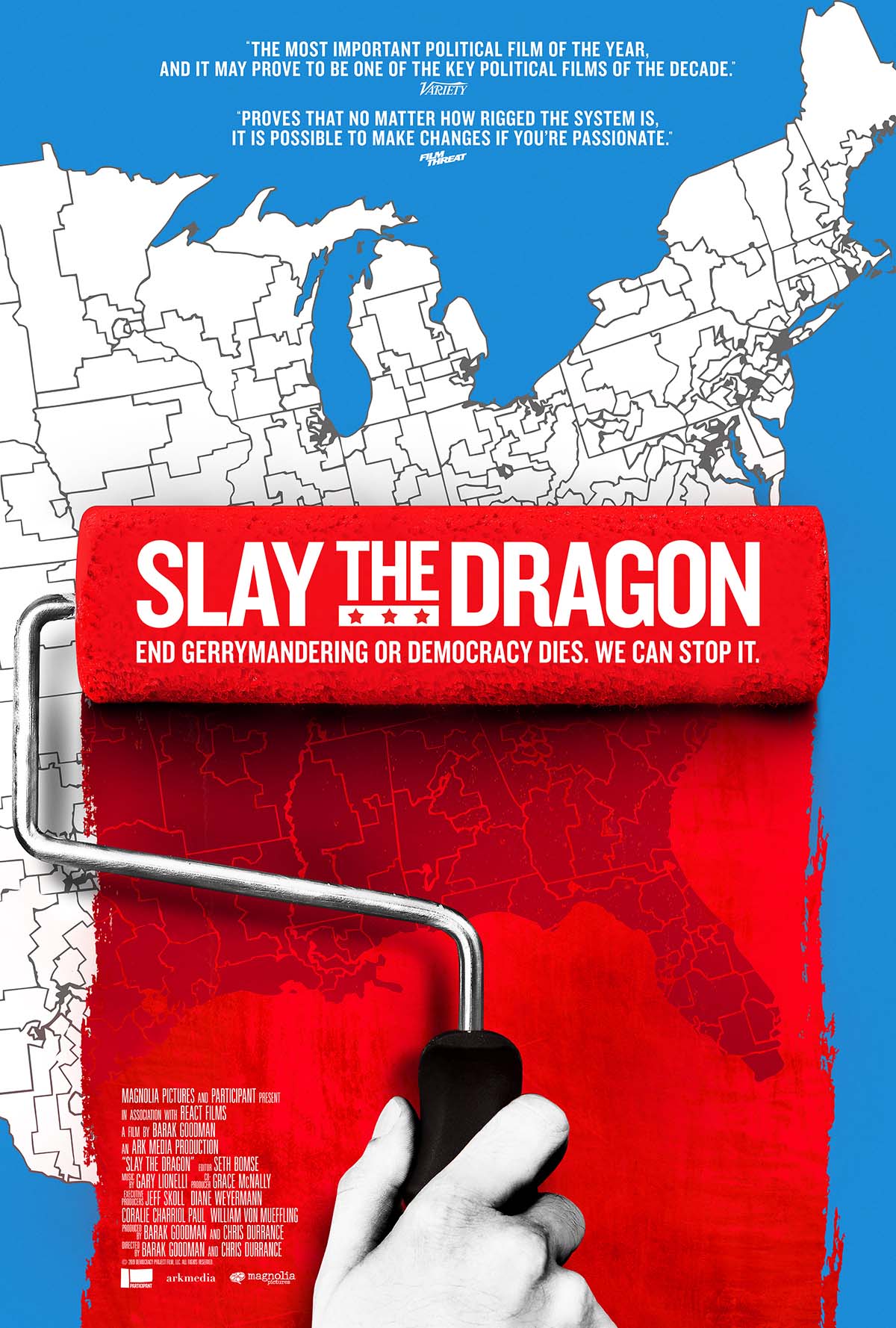 Option 1: You will be able to watch the film on any computer, laptop, ipad, chromebook or other mobile devices. (It is recommended to close all other apps, email pages, and devices which utilize internet bandwidth, to ensure ample bandwidth for playing the film).

Option 2: You can mirror or cast from one of the above devices to your television, or directly connect the computer/mobile device to the TV using an HDMI cable.

Option 3: For information on other ways to watch on a Smart TV and for other help go to https://slaythedragon.vhx.tv/help