THIS FABULOUSLY CREATIVE AND ENTERTAINING ANIMATED FILM FOR ADULTS IS ITSELF A WORK OF ART WITH HOMAGE TO COUNTLESS ARTWORKS AND FILMS OF THE 20TH CENTURY.

“If you asked someone to come up with an animated fiction folly that incorporated elements of psychology, film history and half the artists indexed in H.W. Janson’s monumental reference tome, History of Art, chances are it would look something like RUBEN BRANDT, COLLECTOR.

This ingeniously imagined feature debut from Slovenian-born artist Milorad Krstic, produced in Hungary, tells the story of a disturbed shrink who has four of his patients steal priceless works of Western art — including canvases by Botticelli, Gauguin, Van Gogh, Hopper, Picasso and Warhol — in the hope that the characters from the paintings stop haunting his nightmares.” – Boyd van Hoeij, Hollywood Reporter

“In this entertaining romp…Milorad Krstić literally puts the ”art” in “arthouse,” using animation techniques to depict the tropes of film noir and action-adventure, all the while paying clever homage to the worlds of film and fine art.” – Alissa Simon, Variety

“This is a film which fizzes with originality, one which works both as a pacey thriller and a playfully surreal intellectual exercise.” – Wendy Ide, Screen International 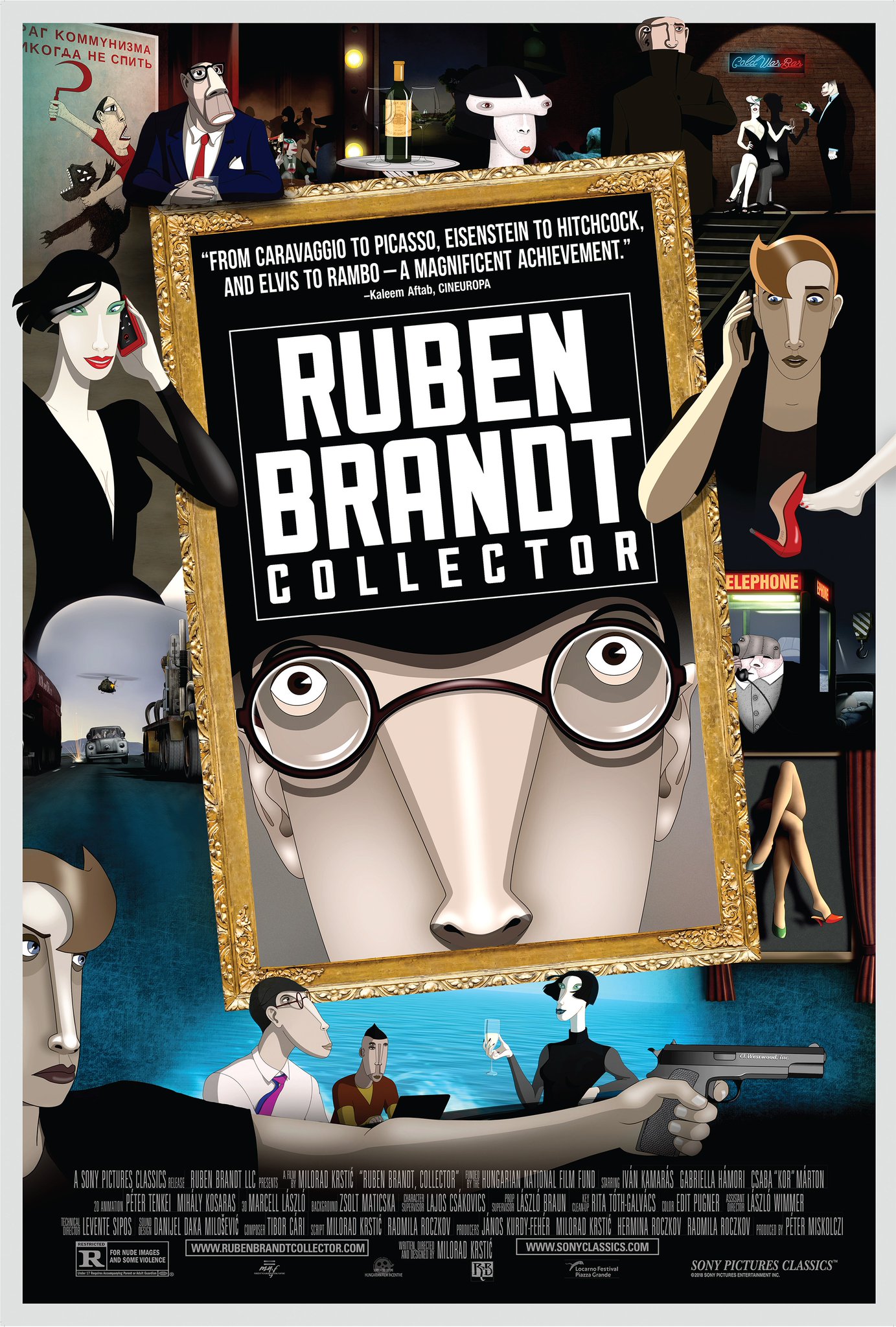