Rabin In His Own Words

There is something chilling when a person who was murdered 20 years ago tells us his own life story today (through a combination of rare archival footage, home movies and private letters).   Without interpreters and without intermediaries, we hear the story of one of the most prominent leaders of Israel, in his own words.   Today, 20 years and a generation after Rabin’s assassination, Rabin’s words are all the more important for all the world (not just for Israel) and this film is as much about our present and the future of our children as it is about our past.

“IN HIS OWN WORDS is a deeply involving look at the man’s entire life, using archival footage, home movies, private letters but most of all filmed interviews Rabin gave, to let us hear him tell his own story just about from cradle to grave.” – Kenneth Turan, Los Angeles Times

“Rabin’s consistent, thoughtful self-criticism and colorful storytelling animate what might otherwise be a pat, or at least familiar, history of Israel in the 20th century.  By making it specific, Laufer makes it new.” – Diana Clarke, Village Voice 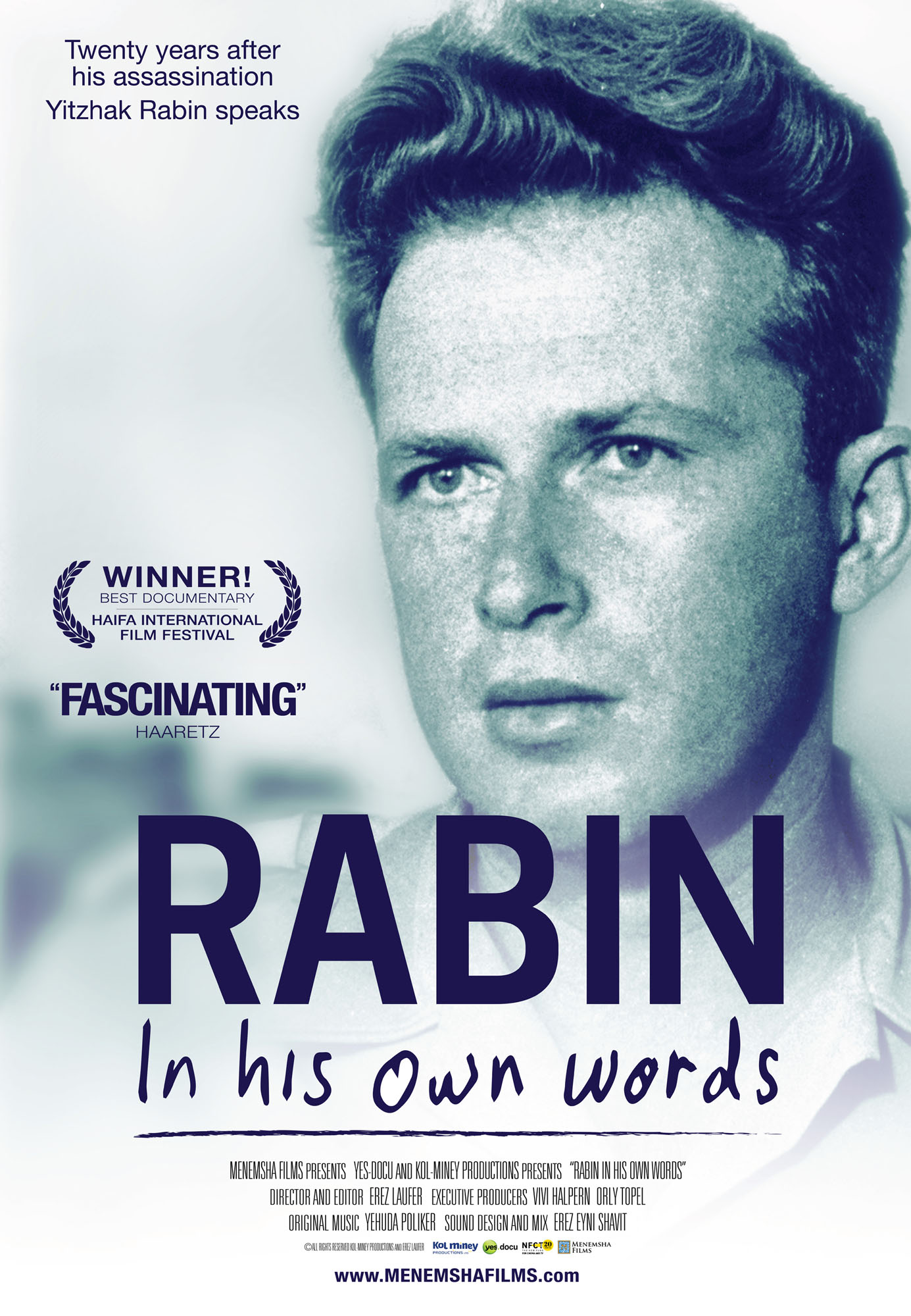