SOLD OUT.   Tickets for seating in the front 3 rows will be available at the door at 6:45 p.m.

There will be an after-film Q&A with Justin Chang, film critic for the Los Angeles Times!

Bong Joon Ho brings his singular mastery home to Korea in this darkly hilarious and heart-wrenching modern fairytale.   Meet the Park Family: the picture of aspirational wealth.   And the Kim Family, rich in street smarts but not much else.   Be it chance or fate, these two houses are brought together in a symbiotic relationship.   Bong Joon Ho says the film is “a comedy without clowns, a tragedy without villains”.

“An exhilarating and furious indictment of class struggle, PARASITE might be the masterpiece South Korea’s Bong Joon-ho has been working toward his entire career.” – Barry Hertz, Globe and Mail

“PARASITE is unquestionably one of the best films of the year.” – Brian Tallerico, RogerEbert.com

“…the rare parable of haves and have-nots that connects viscerally as well as intellectually.” – Justin Chang, Los Angeles Times

Rated R for language, some violence and sexual content 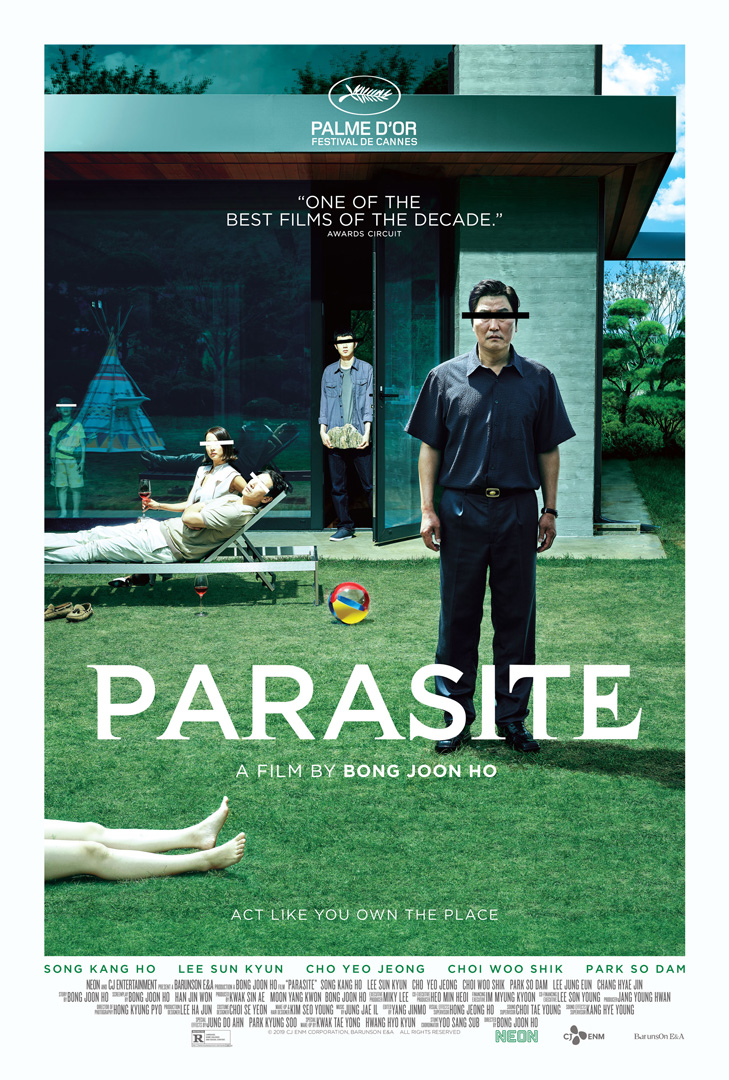