SOLD OUT.  EMAIL ME IF YOU WANT TO BE ON THE WAIT LIST.

Join us for a Q&A with Mariette Hartley and Jerry Sroka (writers and stars of the film).

That’s the basis for OUR (almost completely true) STORY, a delightfully sincere romantic comedy about the trials and tribulations of love, dating, and romance past middle age.  Directed by Don Scardino and written by actress Mariette Hartley and voice actor Jerry Sroka, the film tells the titularly “almost true” story of Hartley and Sroka’s real late in life, unlikely romance.

What lingers in your mind as the credits roll are the film’s sharp insights about the inherent vulnerability of dating, and how the older you get, the harder it becomes to really lay yourself bare before someone new.” – Sammie Purcell, Atlanta InTown Arts

Hartley has 137 acting credits starting in 1962 in Sam Peckinpah’s “Ride the High Country” and  in countless well-known tv shows.  Sroka is known for “Godspell” and for voice and acting roles in numerous shows including “Antz,” “Family Guy,” and “The Wild Thornberrys.” 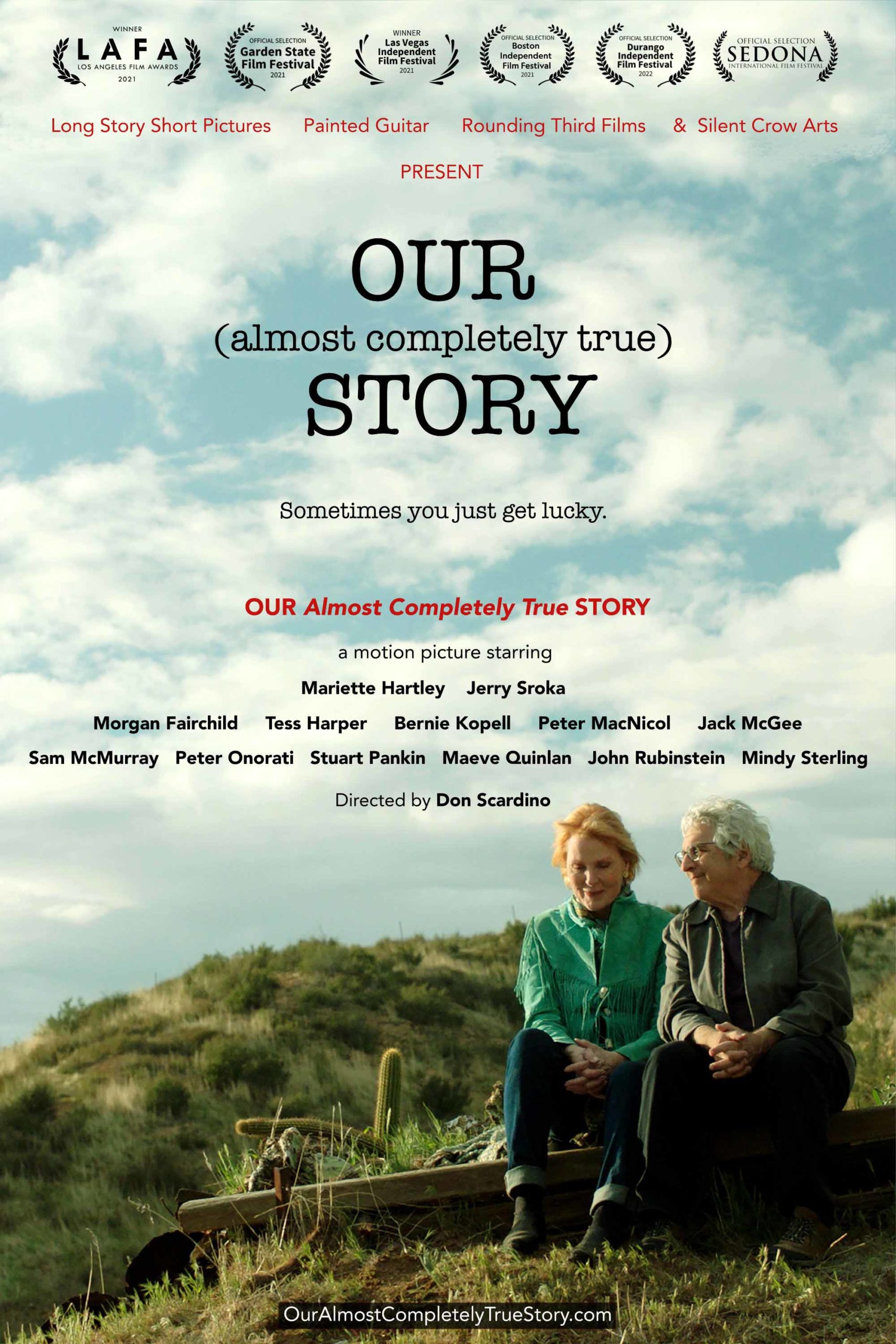