In a remote Turkish village, 13-year-old Lale tries to break free with her sisters from the rigid destiny imposed on them by their family.

“MUSTANG is a gripping film, and one that ought to stir up a bit of controversy in Turkey.” – Jordan Hoffman, Guardian

“What makes the transfixing film so effective is that the director refuses to portray them simplistically, as misunderstood angels, and she has enough trust in her audience to leave the drama’s implicit feminism unstated. ” – David Rooney, Hollywood Reporter

“The exuberant life and liveliness that spills off the screen and the effortless sororal chemistry between these young actresses are compelling reasons to seek out Mustang.” – Jessica Kiang, The Playlist 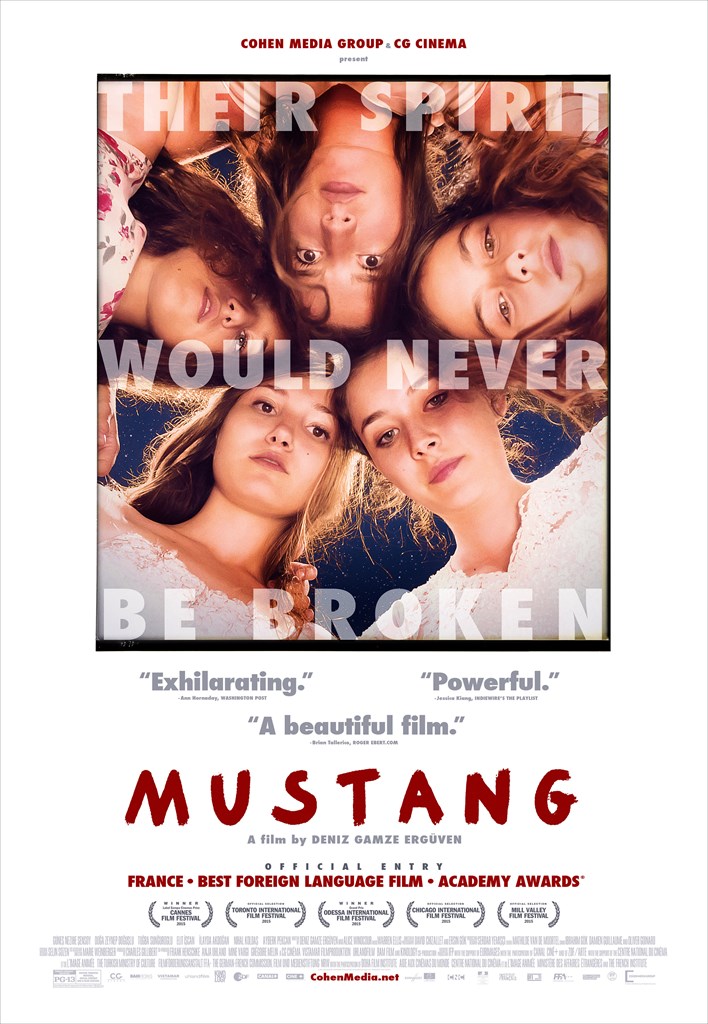