SOLD OUT.   Tickets for seating in the front 3 rows will be available at the door at 6:45 p.m.

The award-winning, rarely seen, 1976 film by Joseph Losey has been restored and is more relevant than ever.

There will be an after-film discussion led by Los Angeles based filmmaker Jim Ruxin.

Paris, 1942. Robert Klein is a French-Catholic art dealer, and business is booming.   Jews are desperate to sell valuable works of art in order to escape from German-occupied France – and it is easy for Klein to get them at bargain prices.   His cozy life is upended when he finds a Jewish newspaper addressed to him on his doorstep and learns that the paper has given its subscriber list to the police as part of the government effort to register and track Jews.

“Moody, elegantly disturbing and impeccably made by a master director, this story of blurred identities and casual immorality in German-occupied Paris benefits from what might be the best performance of star Alain Delon’s long career.” – Kenneth Turan, Los Angeles Times

“Both a work of history, unstinting in its concrete depiction of political hatred and fear, and a portrait of the metaphysics of tyranny — a classic of doppelgänger paranoia that gathers the theme on a single string and pulls it into modernity.” – Richard Brody, New Yorker 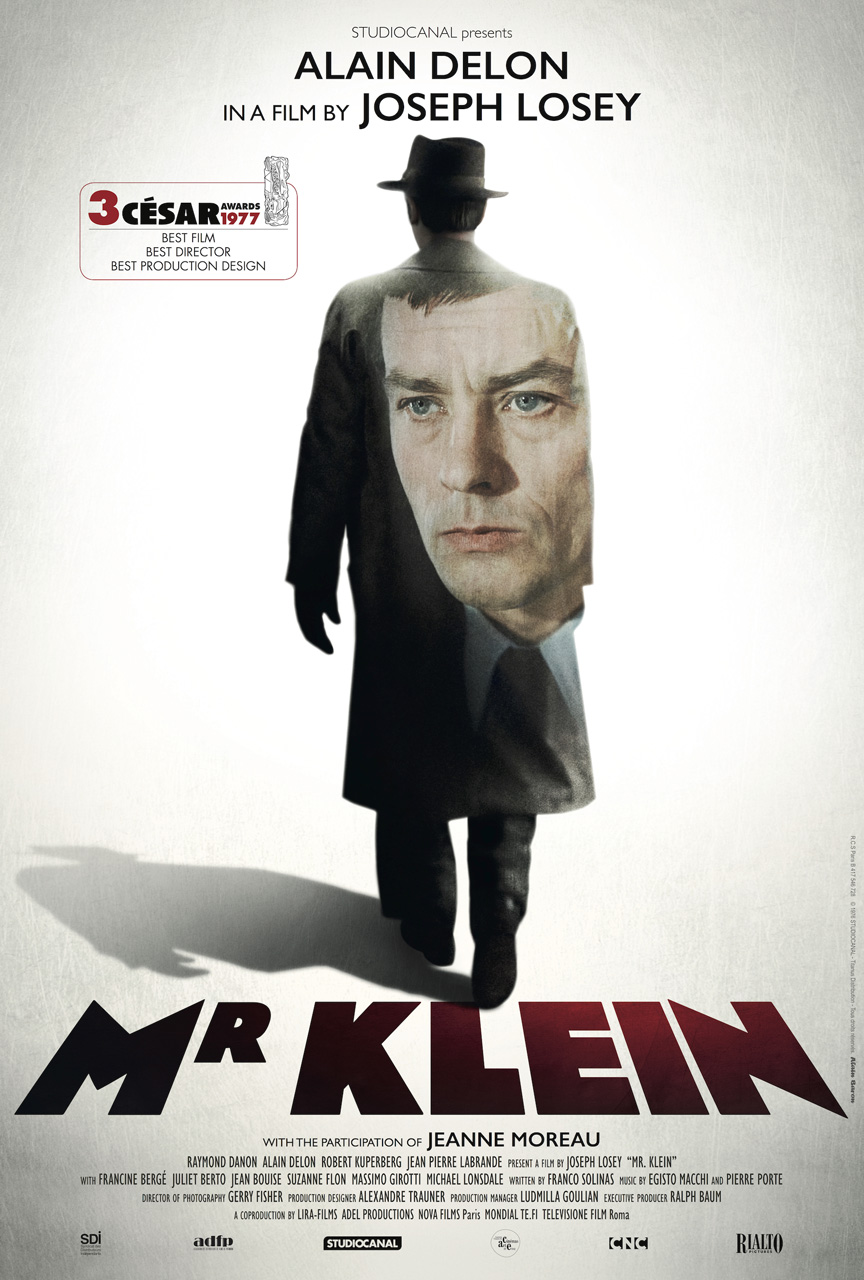