The luminous debut by Guatemalan filmmaker Jayro Bustamante is a mesmerizing fusion of fact and fable, a dreamlike depiction of the daily lives of Kaqchikel speaking Mayans on a coffee plantation at the base of an active volcano.   Immersing us in its characters’ customs and beliefs, IXCANUL chronicles with unblinking realism, a disappearing tradition and a disappearing people.

“Like its titular Guatemalan volcano, Jayro Bustamante’s hypnotic film debut Ixcanul bubbles with the tension of a teenage girl at odds with her family’s native customs, before erupting into a frantic and quietly devastating third act.” – Alex Migdal, Globe and Mail, The Guardian

“More than a fable about the clash of tradition and modernity, IXCANUL is finally a painful illustration of the ease with which those who have can prey on those who don’t.” – Jeannette Catsoulis, New York Times

“You can sense the director’s respect for his subject in the movie’s unhurried dramatic rhythms, its grounding in the earthy rituals of everyday life and its strong cast of nonprofessional Maya actors.” – Justin Chang, Los Angeles Times 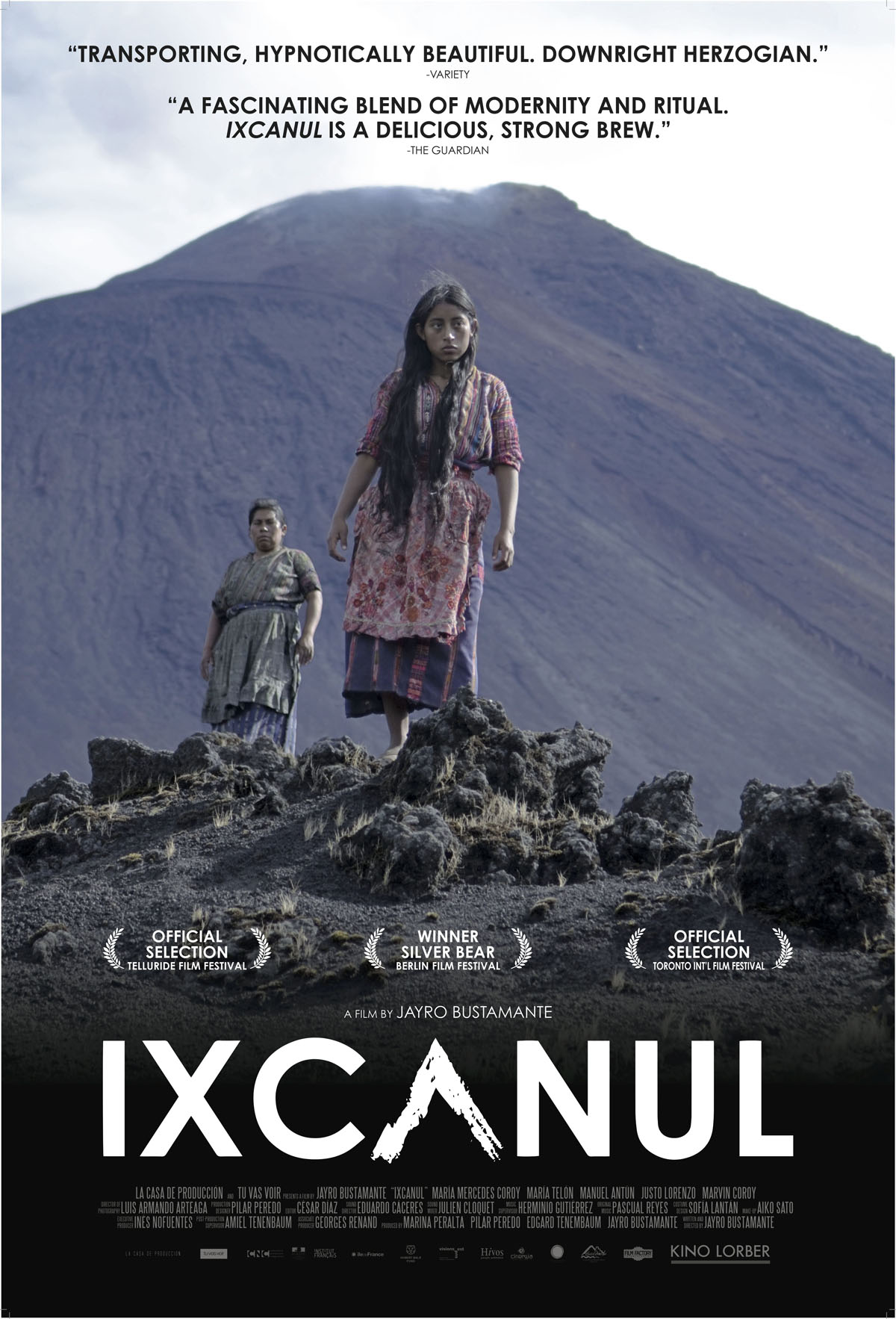