Nestled in an isolated mountain region deep within the Balkans, Hatidze Muratova lives with her ailing mother, the last two inhabitants in a village without roads, electricity or running water.   Hatidze is the last in a long line of Macedonian wild beekeepers, eking out a living farming honey in small batches to be sold in the closest city — a mere four hours’ walk away.   When an unruly family moves in nearby wanting to also practice beekeeping, HONEYLAND becomes, in addition to a visually stunning portrait, an epic story of the delicate balance between nature and humanity.

“This amazing doc, a multiple prize-winner at Sundance 2019, makes for the most primal of environmental allegories.” – Peter Howell, Toronto Star

“This lovely, heartrending movie leaves you marveling at her history and thinking anxiously for her future – and wondering, perhaps, why her example of basic decency has become so endangered.” – Justin Chang, Los Angeles Times

“The kind of nonfiction film that gets at much bigger truths about the tragic ways in which any environment, no matter how remote, can be thrown off balance by greed.” – David Sims, The Atlantic 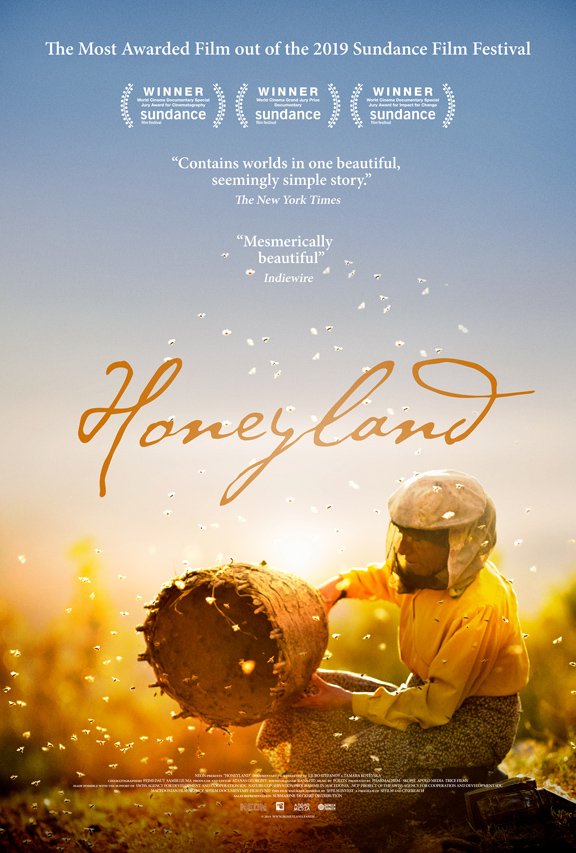