THERE WILL BE AN AFTER-FILM Q&A WITH FILM DIRECTOR KIRILL MIKHANOVSKY AND CO-WRITER/PRODUCER ALICE AUSTEN!

In this freewheeling comedy, medical transport driver Vic risks his job to shuttle his Russian grandfather and émigré friends to a funeral while dragging his scheduled clients like Tracy, a young woman with ALS, along for the ride.   As the day goes from hectic to off-the-rails, their collective ride becomes a hilarious, compassionate, and intersectional portrait of American dreams and disenchantment.

“Completely, delightfully unpredictable from scene to scene, GIVE ME LIBERTY draws you in with its moving performances and blasts of broad comedy.” – Manohla Dargis, New York Times

“We can all get on board with this wonderfully anarchic dark comedy, which deftly welds its frenetically farcical structure to a humanistic portrait of marginalized communities thrown together — unassimilated elderly immigrants, low-income African Americans, the handicapped.” – David Rooney, Hollywood Reporter 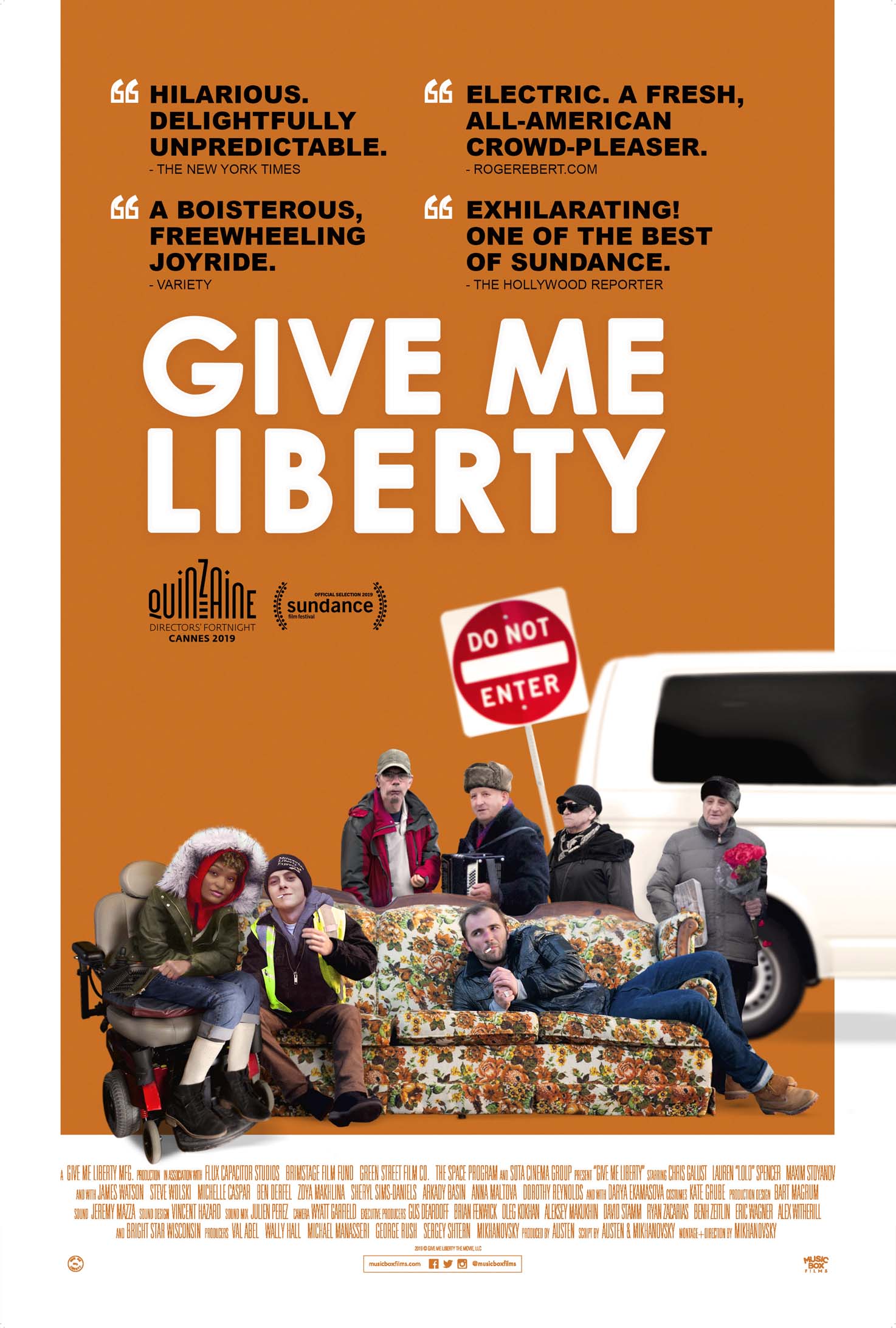