Gett: The Trial of Viviane Amsalem

This is a special advance screening of GETT: THE TRIAL OF VIVIANE AMSALEM on Thurs. Feb. 5 (8 days before it opens in L.A. and N.Y.) .

Winner of the Israeli Film Academy Ophir Award for Best Picture and propelled by the craft of Ronit Elkabetz, one of Israeli cinema’s most acclaimed actresses, GETT: THE TRIAL OF VIVIANE AMSALEM is an uncompromising, heart-rending portrait of a woman’s struggle to overcome an unmoving patriarchy and live a life of her own design.

An Israeli woman seeking to finalize a divorce (gett) from her estranged husband finds herself effectively put on trial by her country’s religious marriage laws in this powerhouse courtroom drama.   In Israel, only Orthodox rabbis can legalize a union or its dissolution, which is only possible with the husband’s full consent.  Viviane’s determination to fight for her freedom, and the misogynistic practices of the rabbinical judges, shape a procedure where tragedy vies with absurdity and everything is brought out into the open for judgment. 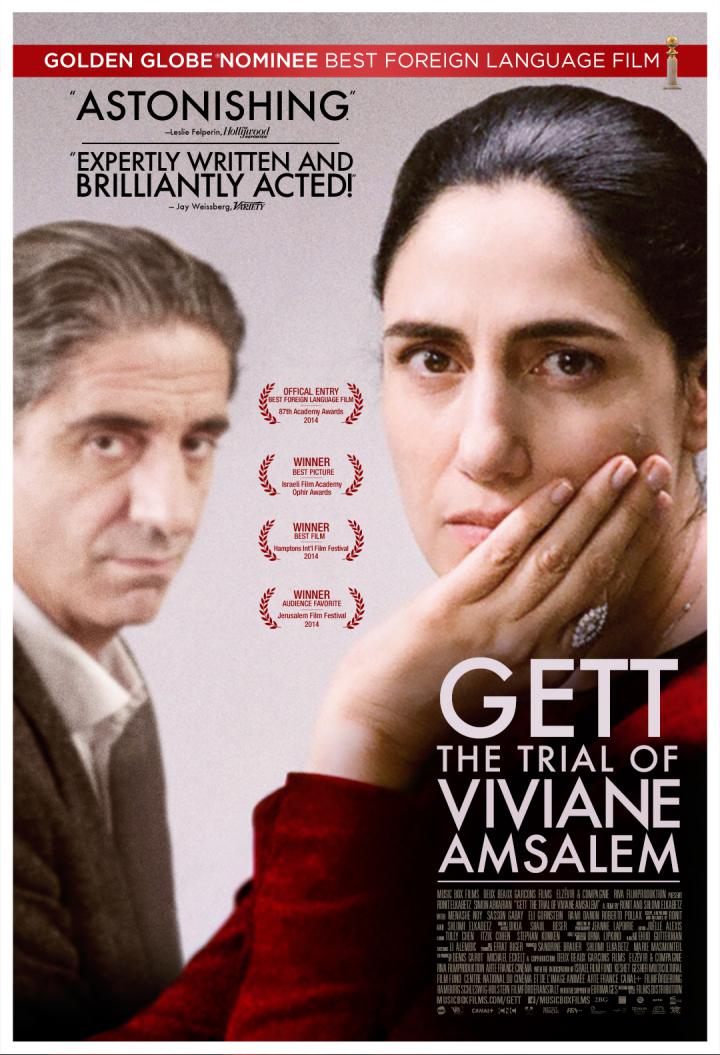