Two strangers, Meira, a Hasidic Jewish wife and mother and Félix, a secular loner mourning the recent death of his estranged father, unexpectedly meet and in a local bakery in Montreal’s Mile End district and develop a friendship.  As Felix opens Meira’s eyes to the world outside of her tight-knit Orthodox community, her desire for change becomes harder for her to ignore.  Maxime Giroux’s film is a poignant and touching tale of self-discovery.

“FELIX AND MEIRA appears to be a simple movie about fitting in, acceptance and sacrifice. Yet it’s so elegant and poses many different sides that it’s actually a very complex film with very complex characters.” Leba Hertz, San Francisco Chronicle

“This tenderly observed love story isn’t about religion – or its lack – but about the attraction of difference and the undeniable need to feel alive.” – Jeannette Catsoulis, New York Times

“Giroux’s refusal to pass judgment on his characters prevents us from doing so, and the film is much more powerful for it. ” – Bill Goodykoontz, Arizona Republic 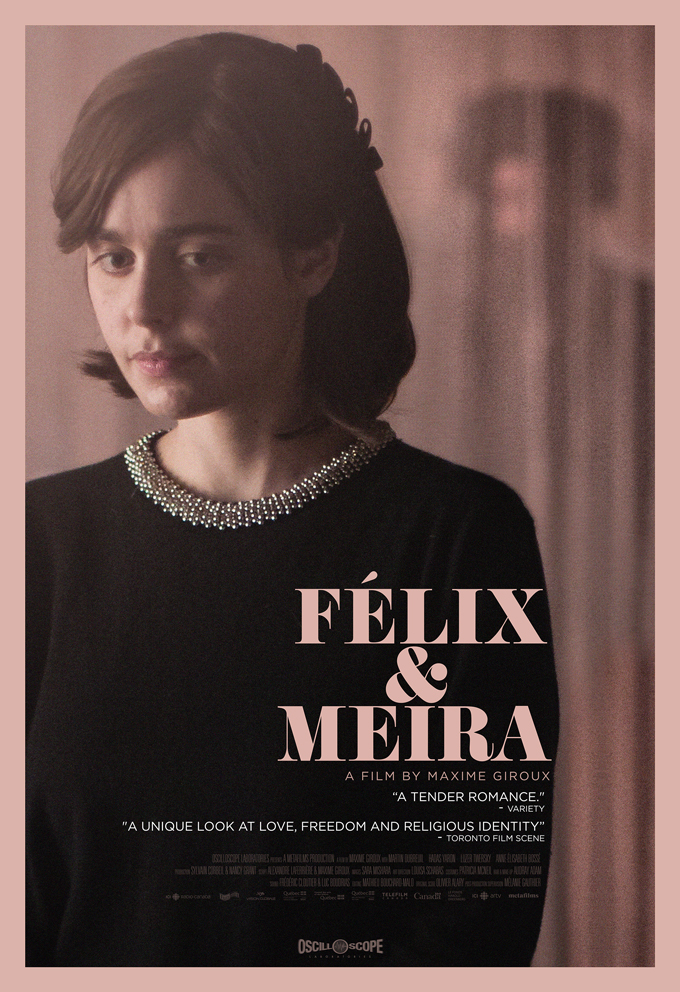