Embrace of the Serpent

At once blistering and poetic, the ravages of colonialism cast a dark shadow over the South American landscape in Ciro Guerra’s EMBRACE OF THE SERPENT.   The film centers on Karamakate, an Amazonian shaman and the last survivor of his people, and the two scientists who, over the course of 40 years, build a friendship with him.  The film was inspired by the real-life journals of two explorers (Theodor Koch-Grünberg and Richard Evans Schultes) who traveled through the Colombian Amazon during the last century in search of the sacred and difficult-to-find psychedelic Yakruna plant.

“Beautiful, strange, disturbing…simultaneously a lament, a warning and a celebration of the lost and destroyed tribes of [the Amazonian jungle], ‘all the people we will never know.’ ” – Kenneth Turan, Los Angeles Times

“The majesty of nature is EMBRACE OF THE SERPENT’S true star, and Guerra captures the glory of every leaf, every inch of sky, in pearlescent black-and-white as luminous as the lining of a clamshell.” – Stephanie Zacharek, Time Magazine

“This film conveys a haunting sense of the Western world having lost its compass. Wisdom is fleeting, it tells us. The Amazon is fragile. The rocks and plants speak to us too, if we’re willing to listen. ” – Joe Morgenstern, Wall Street Journal 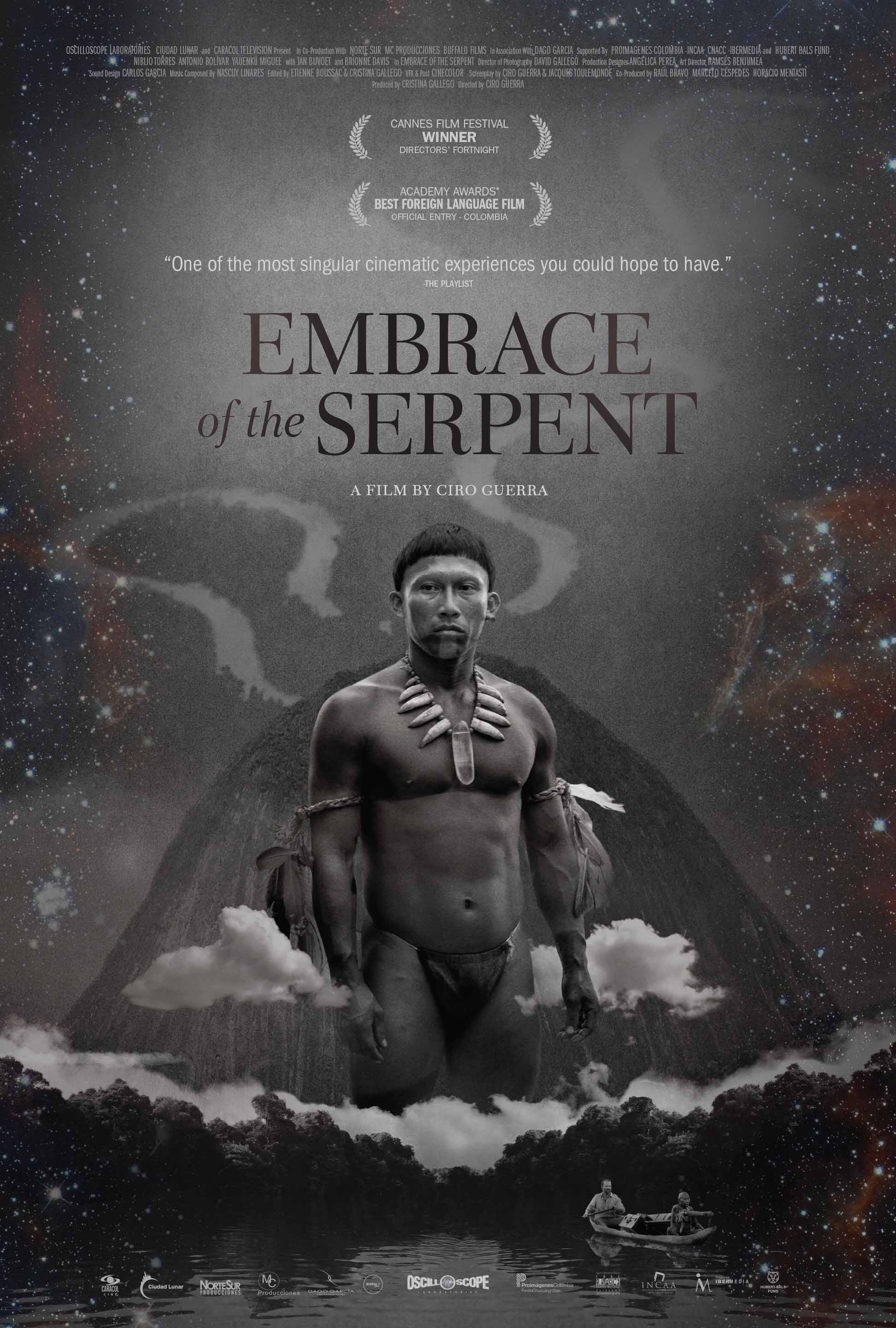