THERE WILL BE A Q&A WITH LORI HUERTA DE LEÓN, THE SECOND CHILD OF DOLORES HUERTA, FOLLOWING THE SCREENING.

Dolores Huerta is among the most important, yet least known, activists in American history.   Co-founding the first farm workers unions with Cesar Chavez, Dolores led the fight for racial and labor justice, becoming one of the most defiant feminists of the twentieth century – and she continues the fight to this day, at 87.   With intimate and unprecedented access to this intensely private mother, the film reveals the raw, personal stakes involved in committing one’s life to social change.

“Huerta has been jailed, seriously beaten, mocked by commentator Glenn Beck and given the Presidential Medal of Freedom by President Obama.   Yet she doesn’t have the name recognition of her close collaborator, Cesar Chavez, something director Peter Bratt is determined to change with this vivid, informative and heartening documentary.” – Kenneth Turan, Los Angeles Times

“Dolores Huerta is the very finest kind of American, and DOLORES is a rousing profile of courage.” – Kelly Vance, East Bay Express 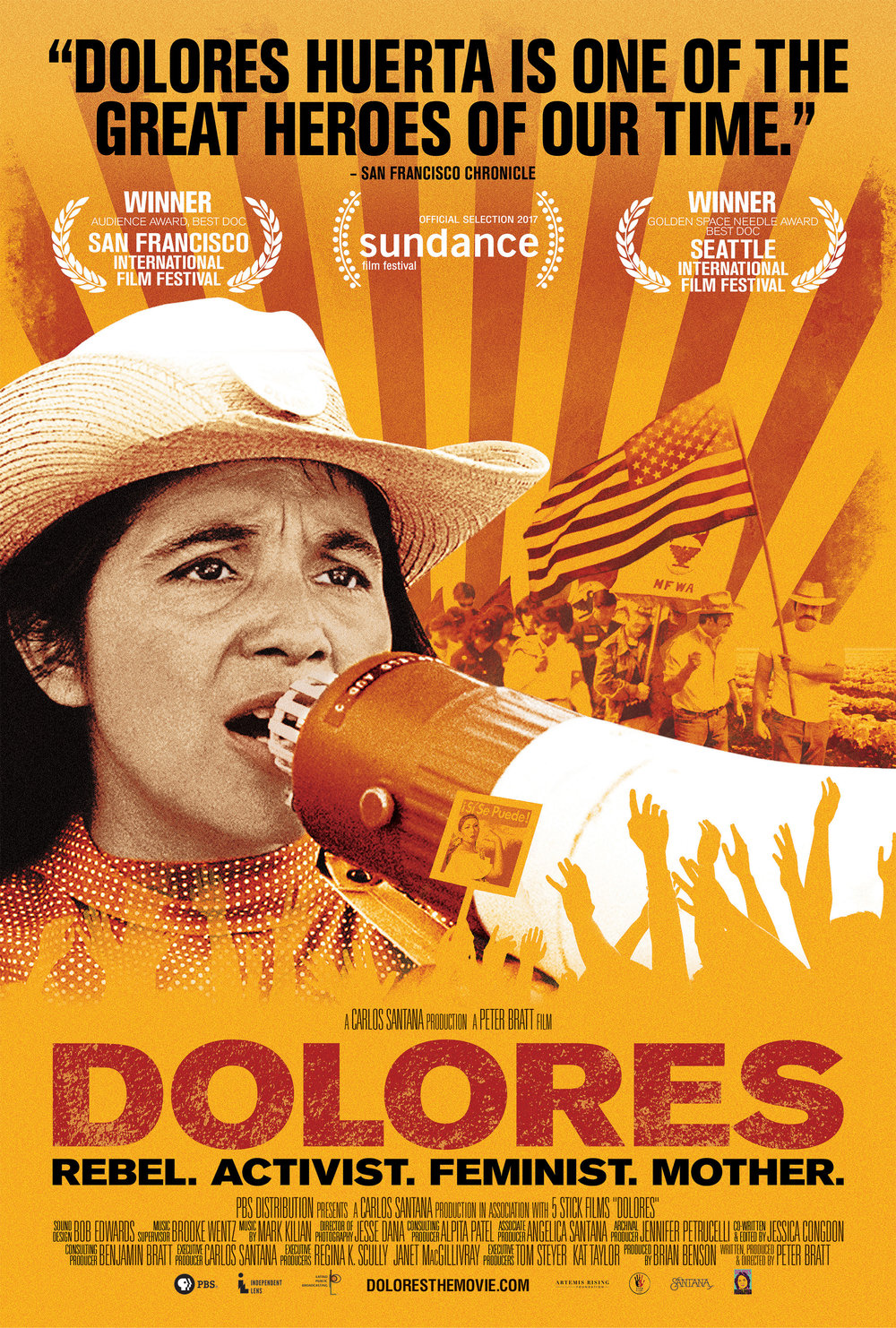