During the early days of World War II, with the fall of France imminent, Britain faces its darkest hour as the threat of invasion looms.   As the seemingly unstoppable Nazi forces advance, and with the Allied army cornered on the beaches of Dunkirk, the fate of Western Europe hangs on the leadership of the newly-appointed British Prime Minister Winston Churchill.   DARKEST HOUR is the dramatic and inspiring story of four weeks in 1940 during which Churchill’s courage to lead changed the course of world history.

“This is a portrait of leadership at it most brilliant, thoughtful, and morally courageous.   ‘DARKEST HOUR’ IS THE MOVIE WE NEED RIGHT NOW. – Ann Hornaday, Washington Post

“Some movies are just so good that they make you feel grateful to the people that made them.   ‘DARKEST HOUR’ IS ONE OF THOSE MOVIES.” – Mick LaSalle, San Francisco Chronicle 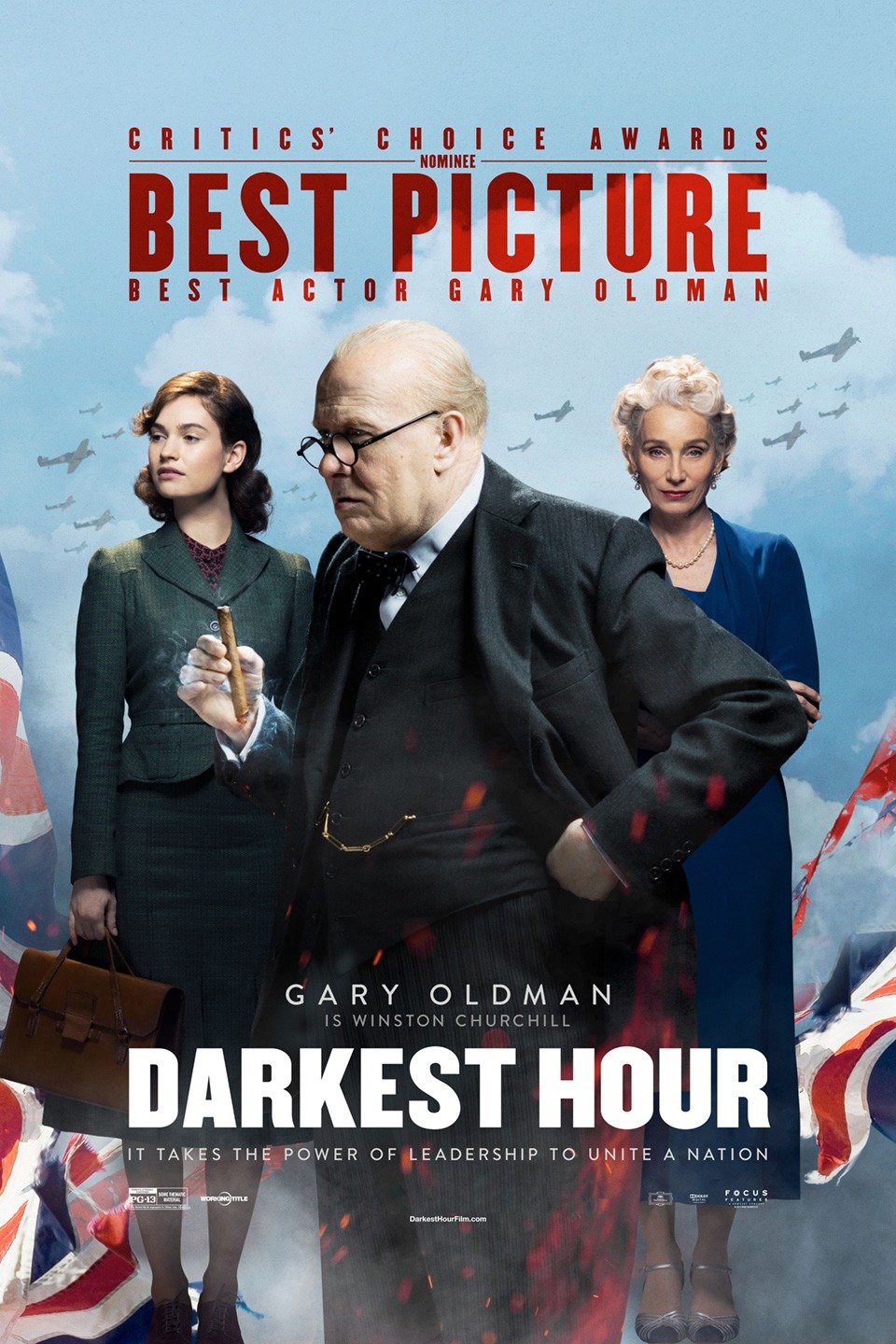