Once you purchase a ticket you have 72 hours to view the film as many times as you like.

FOR YOUR HOUSEHOLD TICKET TO CORPUS CHRISTI: (you can only order from your computer)
1. CLICK HERE and you will be taken to the FILM MOVEMENT ticket page.
2. click on the red button that says VIRTUAL TICKET.
3. create your account and follow the instructions.

VIEWING OPTIONS:
OPTION 1: VIEW THE FILM ON YOUR COMPUTER, CHROMEBOOK, IPAD, ETC.   YOU CAN ALSO MIRROR OR CAST THE FILM FROM YOUR COMPUTER OR OTHER DEVICES TO YOUR TELEVISION.
OPTION 2: TO WATCH ON YOUR TELEVISION, you can use the Film Movement Plus App depending on your setup (more information is provided with your ticket).

CORPUS CHRISTI (representing Poland) WAS NOMINATED FOR BEST INTERNATIONAL FILM AT THE 2020 OSCARS.

Based on a true story, a 20-year old violent offender passes himself off as a priest in a community still reeling from tragedy.

“Often moving but also disquieting…this drama unfurls a spiritual parable that is uniquely Polish but accessible to all.” – Leslie Felperin, Guardian

NOT RATED, BUT THERE IS SOME VIOLENT AND SEXUAL CONTENT 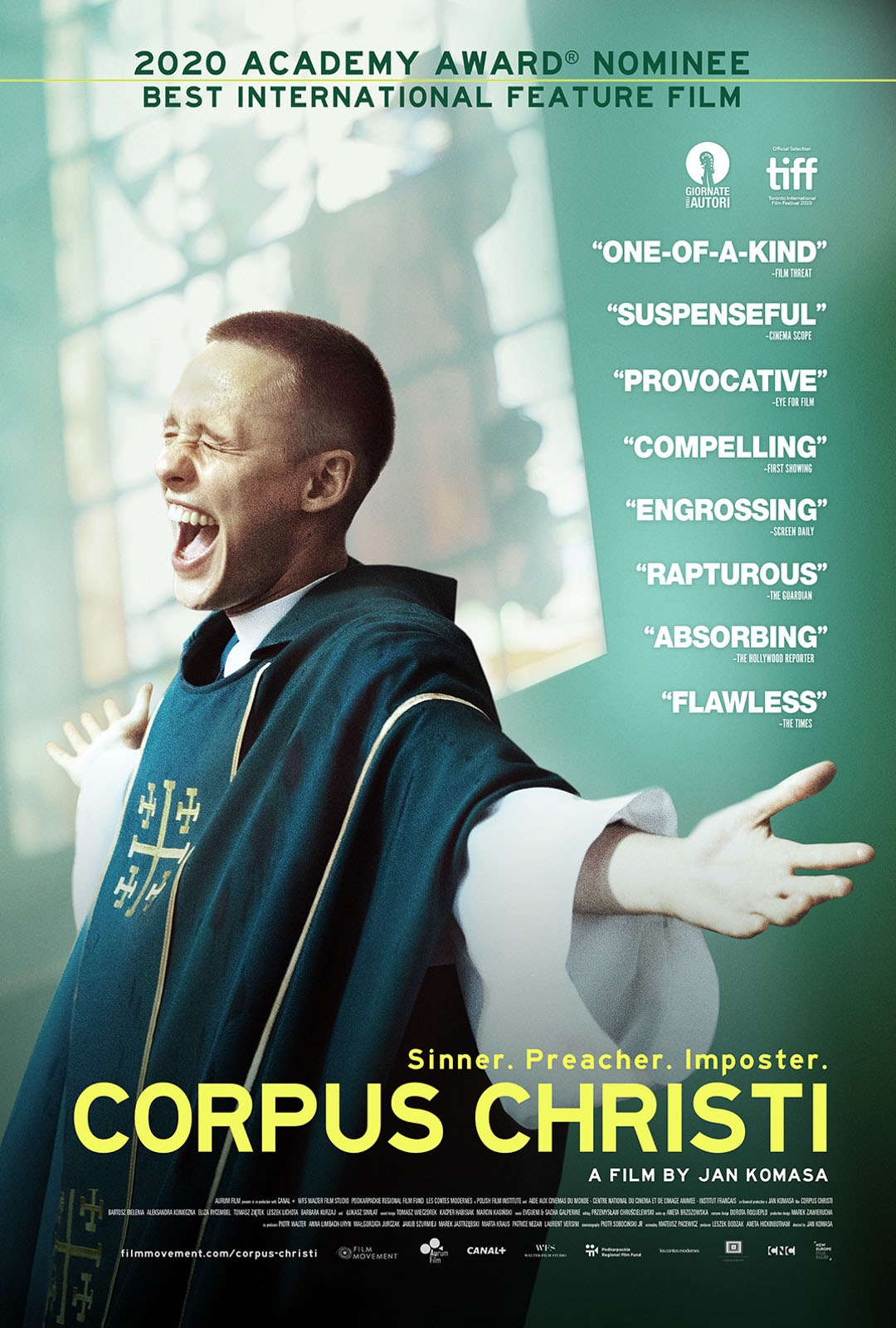