Set against the background of the Cold War in 1950s Poland, Berlin, Yugoslavia and Paris, it’s the tale of a couple separated by politics, character flaws and unfortunate twists of fate – an impossible love story in impossible times.   Directed by Pawel Pawlikowski, (director of IDA).

Rated R (for some sexual content, nudity and language). 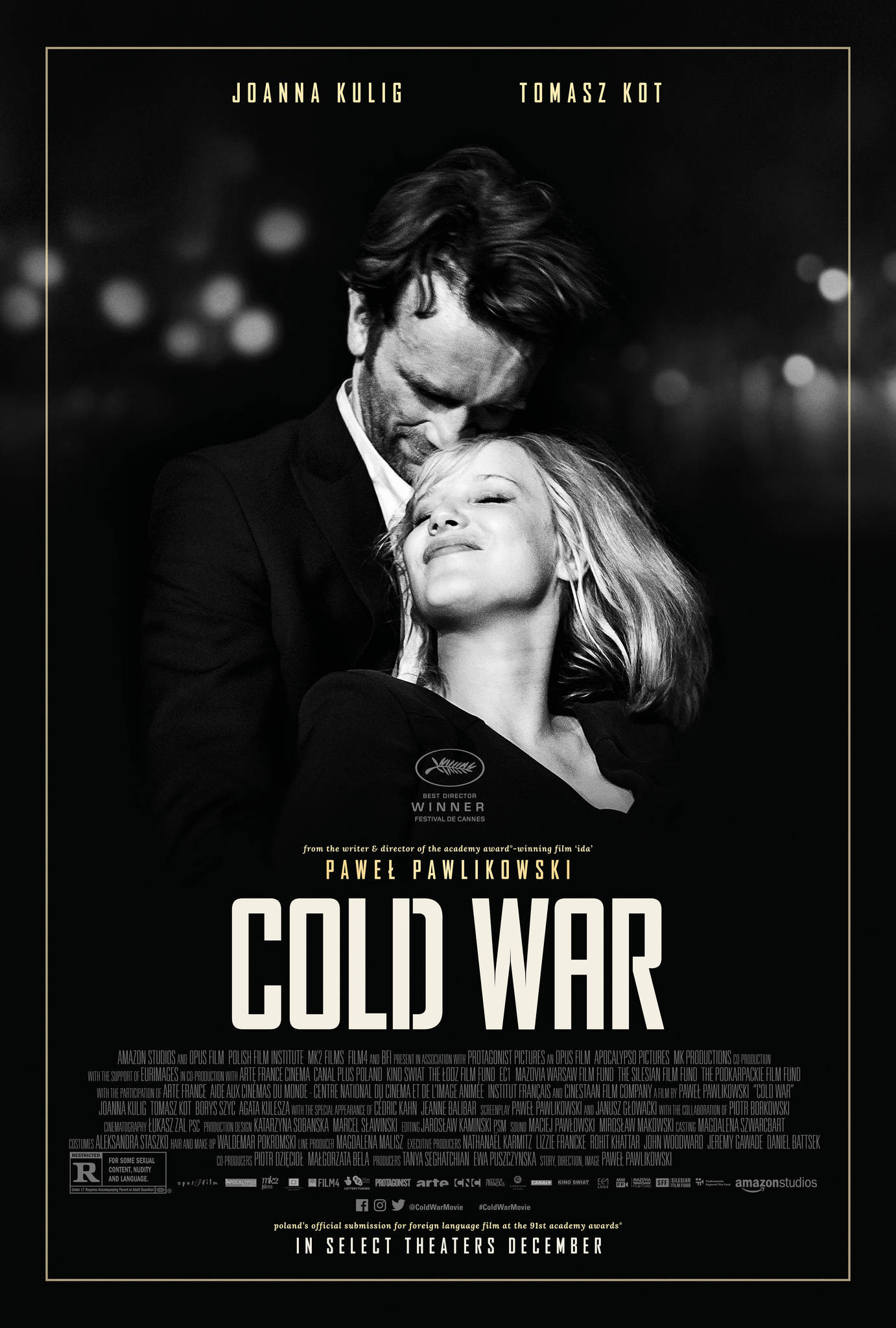