To buy tickets: use the “Buy Now” button below.
You do not need a PayPal account to buy tickets (enter the quantity of tickets and click on “update”, and fill out the section that says “Don’t have a PayPal Account”). Please print your e-mail confirmation of your order from PayPal…this is your ticket(s) for the movie.

“So explosive, it’s one of the most riveting films you’ll see this year. ” – Linda Barnard, Toronto Star

“Whether you think Edward Snowden is a hero or a traitor, you should see the riveting documentary CITIZENFOUR.” -Ann Hornaday, Washington Post

“Poitras shows us history as it happens, scenes of such intimate momentousness that the movie’s a must-see piece of work… ” – Alan Scherstuhl, Village Voice

In January 2013, Laura Poitras (recipient of the 2012 MacArthur Genius Fellowship and co-recipient of the 2014 Pulitzer Prize for Public Service) was several years into making a film about surveillance in the post-9/11 era when she started receiving encrypted e-mails from someone identifying himself as “citizen four,” who was ready to blow the whistle on the massive covert surveillance programs run by the NSA and other intelligence agencies.   In June 2013, she and Glenn Greenwald (a reporter for The Guardian) flew to Hong Kong for the first of many meetings with the man who turned out to be Snowden.   She brought her camera with her.   The film that resulted from this series of tense encounters is absolutely sui generis in the history of cinema: a 100% real-life thriller unfolding minute by minute before our eyes. 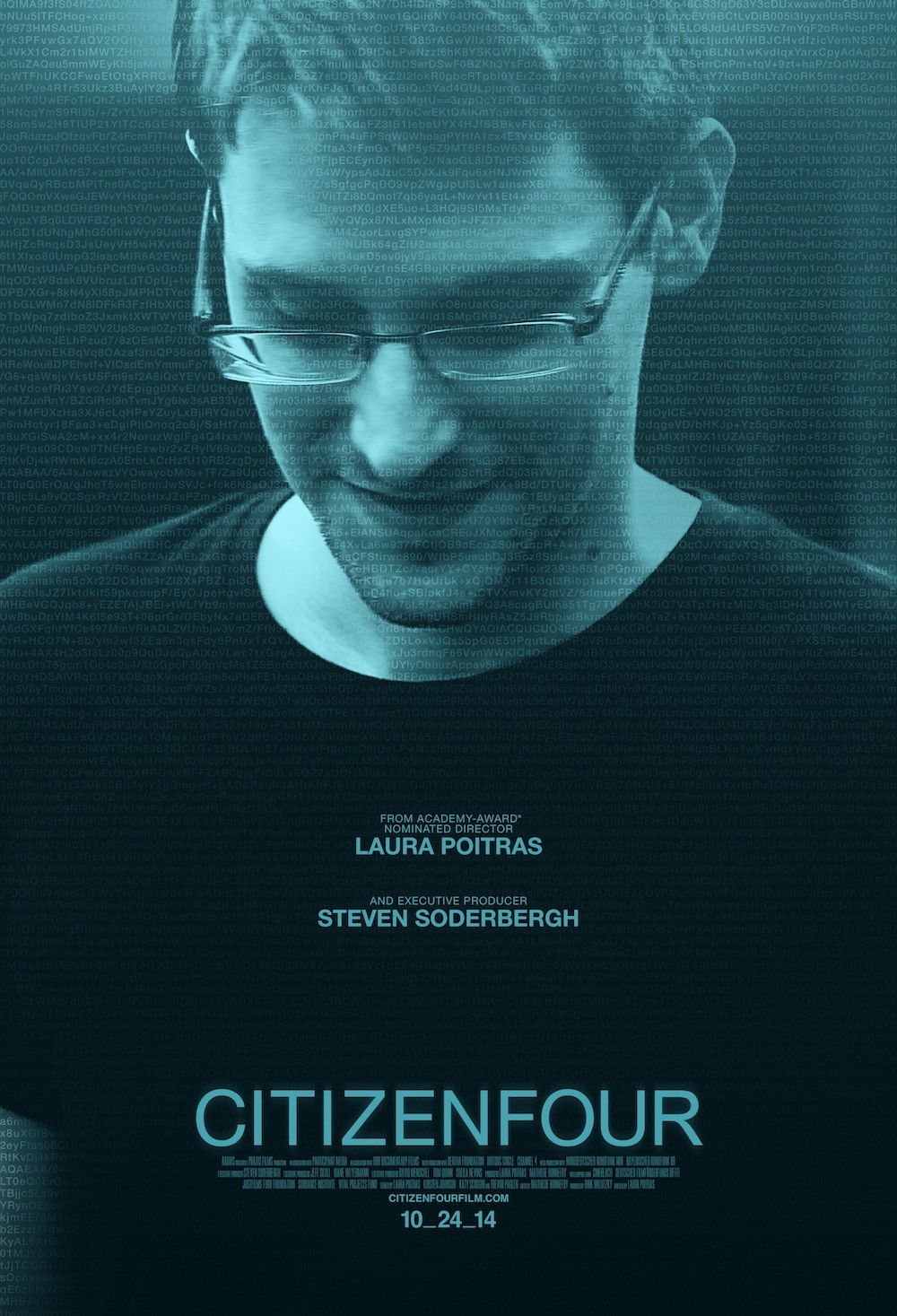