We will have a Q&A with one of the producers of the film, Jonathan Sanger.   Mr. Sanger was a producer of THE ELEPHANT MAN and is currently producing a drama about Thurgood Marshall (MARSHALL) due to be released later this year.   Moderator of Q&A: filmmaker Jim Ruxin.

”Resonating with an authenticity borne of the experiences of its director/co-screenwriter Jamal Joseph, CHAPTER & VERSE movingly portrays the plight of a recently released ex-con striving to make a new life for himself on the mean streets of Harlem.” – Frank Scheck, Hollywood Reporter

“Filmmaker and Columbia professor Joseph, and playwright Beaty, in his feature writing and acting debut, infuse the movie with an intense New York City realism and an evocative street poetry that conjure up early John Cassavetes and Spike Lee.

“But ultimately, it’s the voice of James Baldwin, who more than 50 years ago observed, ‘All over Harlem, Negro boys and girls are growing into stunted maturity, trying desperately to find a place to stand’, that rings out clearly in this deeply affecting drama.” – Michael Rechtshaffen, Los Angeles Times 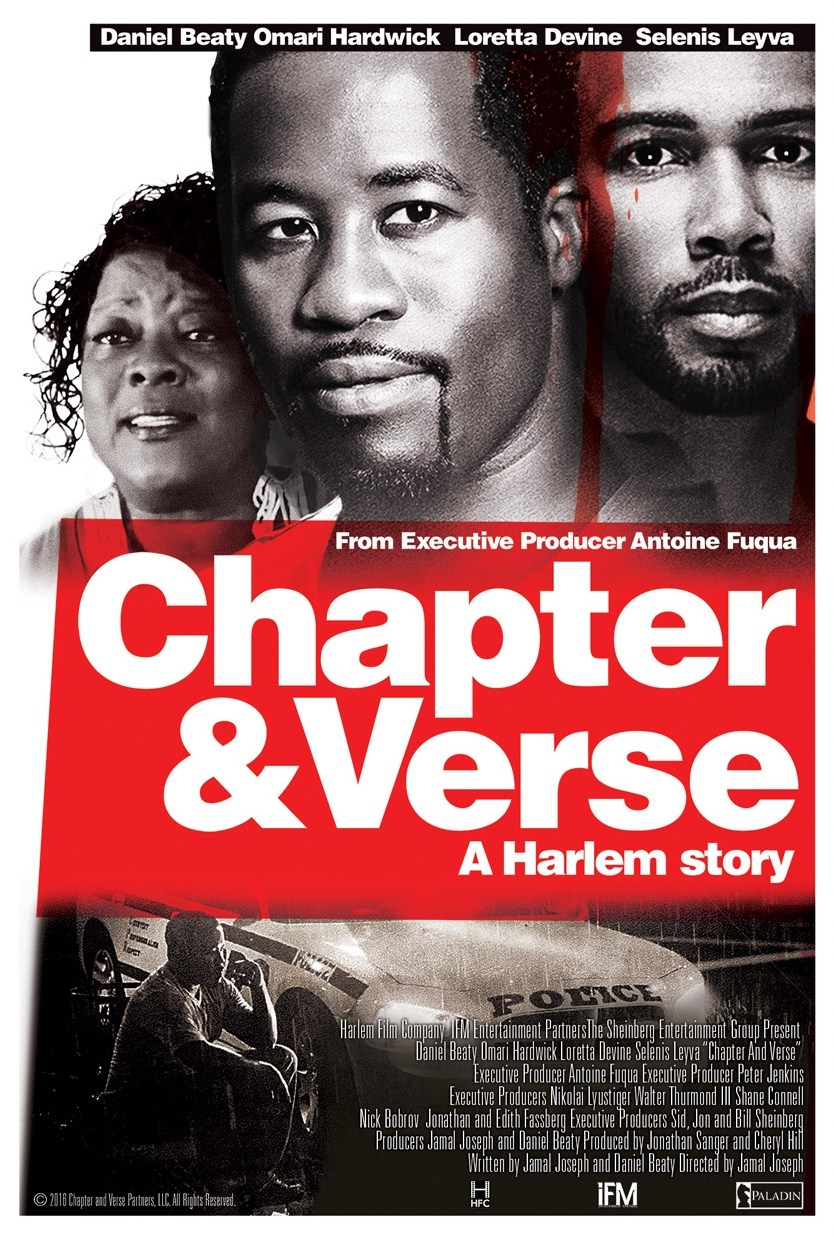