Clara, a 65-year-old widow and retired music critic, is the last resident of the Aquarius, one of the few buildings of its age and character that remains in a rapidly changing seaside Recife neighborhood.  Now that the other apartments have been swept up by a company with ambitious plans for redevelopment, pressures to move on surround Clara from all sides.   But she has pledged to leave only upon death, and will engage in a cold war with the developers to keep a home that has been a silent witness to her entire life.

“AQUARIUS is a film that’s at once gentle and angry, sad and sexy.   It’s beautifully anchored by Braga’s lively performance, as detailed and textured as the perfect set design.   An engrossing, intimate character study that manages to encompass plenty of universal truths, AQUARIUS is a look at the end of things that is vibrant and bursting with life. ” – Richard Lawson, VanityFair.com

“A film with an almost Proustian understanding of how a favorite song – or, for that matter, a sacred space or a cherished piece of furniture – can become a repository of personal meaning.” – Justin Chang, Los Angeles Times

“AQUARIUS is a marvelous and surprising act of portraiture…an unhurried encounter with a single, complicated person.  And that is enough to make it a captivating film, an experience well worth seeking out.  But there is also more going on than the everyday experiences of a modern matriarch.  Clara’s particularity is precisely what makes her such a resonant and representative figure, because it’s her idiosyncratic spirit that is threatened by the sterility and greed represented by her mercenary antagonists. ” – A.O. Scott, New York Times 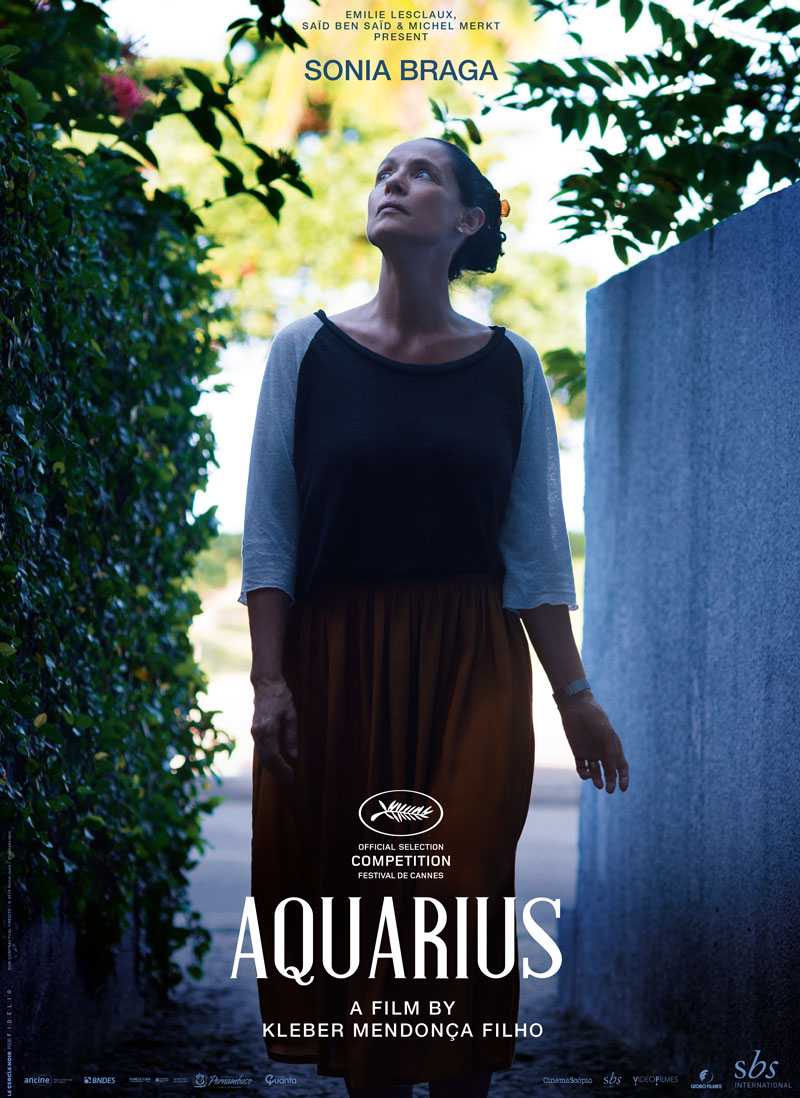