Tickets for the front 3 rows are available at the theater…please arrive between 7 and 7:10 p.m.

PLEASE SUPPORT THIS SPECIAL BENEFIT SCREENING.
JOIN US FOR AN AFTER-FILM Q&A WITH THE FILMMAKERS.

SOUTH BAY FILM SOCIETY IS SHOWING THIS HEART-RENDING YET UPLIFTING DOCUMENTARY AS A BENEFIT TO HELP TURN AROUND THE LIVES OF HOMELESS TEENS LIVING ON THE STREETS.

There are 1.8 million homeless kids in America. 13 kids die every day on the streets of America.

After the death of two young girls, filmmaker Michael Leoni set out to make a public service announcement about America’s homeless youth.

He went out with the plan to shoot for one day, but after meeting the kids and hearing all of their stories, one day turned into seven years.

Determined to share their stories with the world, Michael continued to show up, day after day, night after night.   The kids were inspired by what he was doing and opened up their world to him and gave access to a reality that few people ever see.

Out on the streets, every minute is a matter of life or death.   For Michael, remaining an observer was no longer an option.   He had to help the kids and would do everything in his power to get them off the streets.

AMERICAN STREET KID begins as a mission to spread awareness but transforms into a journey of friendship, family and triumph. 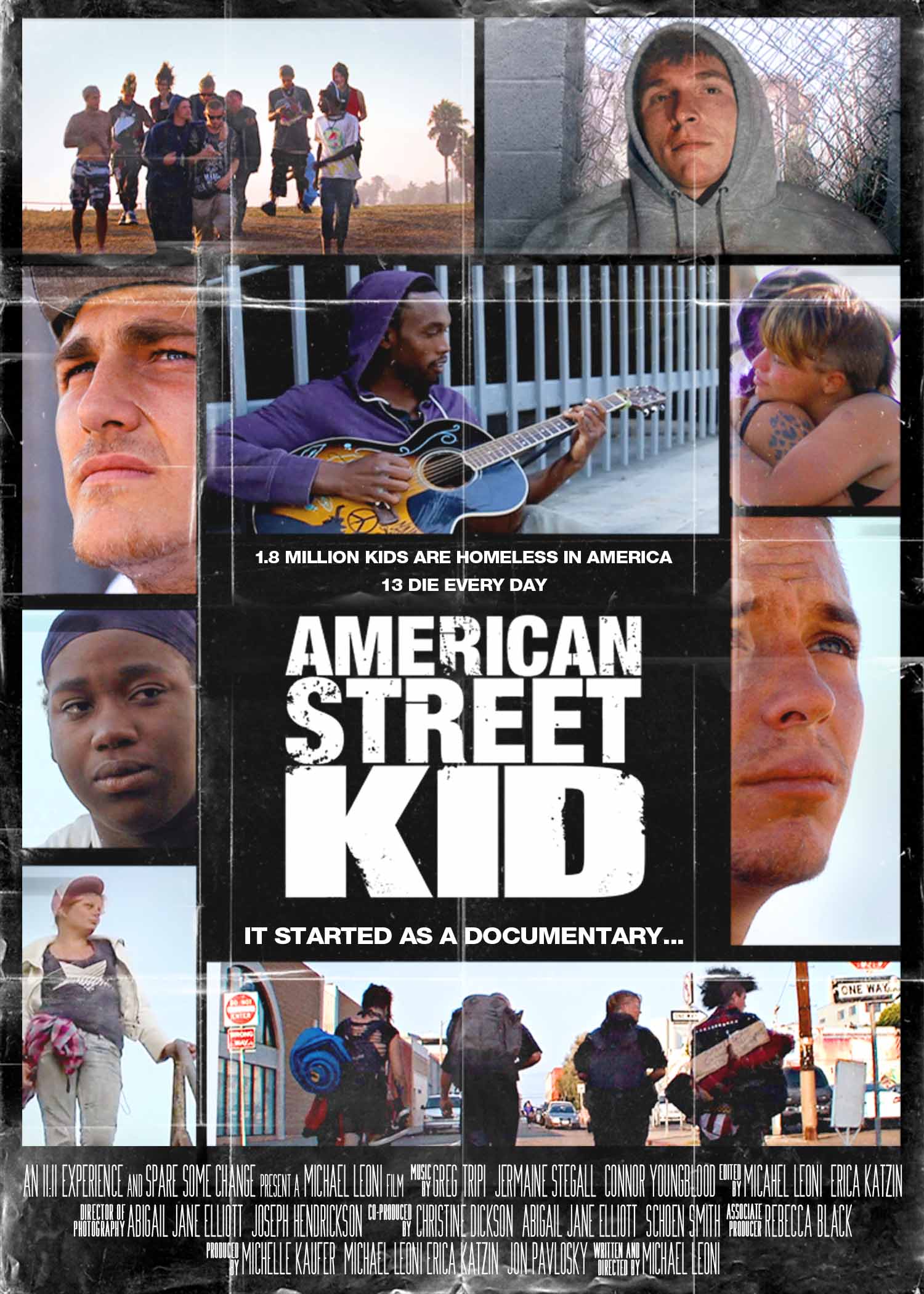